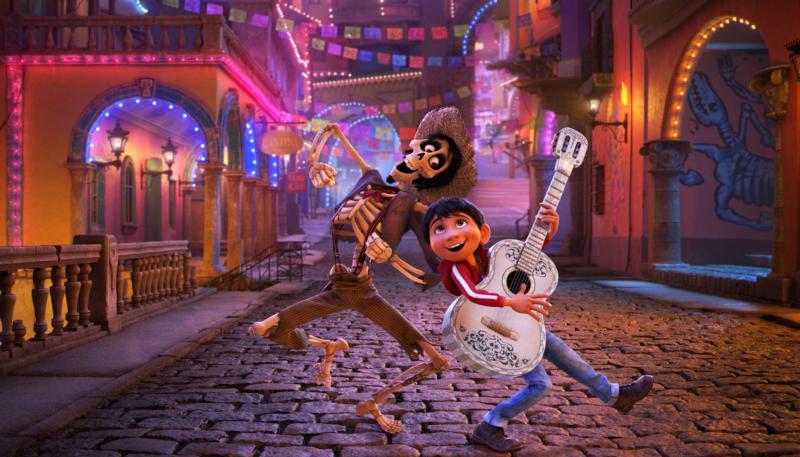 A young Mexican lad’s (voice of Anthony Gonzalez) quest to follow in the footsteps of his hometown’s most famous son (voice of Benjamin Bratt) by becoming a world-renowned musician takes a supernatural turn on the Day of the Dead when he is mysteriously transported to the afterlife as depicted in the folklore associated with the pre-Columbian aspects of that celebration. There a good-hearted but slippery character (voice of Gael Garcia Bernal) becomes his guide and agrees to help him obtain the blessing of a deceased relative he will need if he is to return to the land of the living.

While free of any age-inappropriate content and strong on the importance of family solidarity, co-director Adrian Molina’s script, penned with Matthew Aldrich, is stuffed full of notions about the fate of the departed that clash with revealed truth and so are unsuitable for impressionable viewers. Thus principal director Lee Unkrich’s visually rich animated fantasy cannot be recommended for the youthful audience at which it seems primarily aimed, though teens and grownups can safely appreciate it.

Non-scriptural religious ideas. The Catholic News Service classification is A-II — adults and adolescents. The Motion Picture Association of America rating is PG — parental guidance suggested. Some material may not be suitable for children.