Even before its first gathering, a new group for young Catholic adults in the Diocese of Peoria is generating a lot of buzz.

“It’s just taken off,” said Karley Bates of the interest in “Fourth Watch,” a monthly evening of “faith, friends, and fun” for Catholics age 21 to “upper 30s” that debuts from 7 to 9 p.m. on Monday, Dec. 4, at the Spalding Pastoral Center in Peoria. 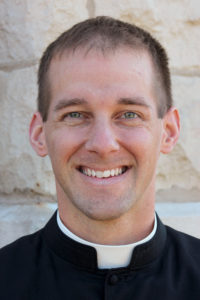 The speaker for the group’s inaugural get-together is Father Adam Cesarek, who was ordained in 2015 and is parochial vicar of parishes in Pontiac, Odell, Flanagan, and Cullom. He will discuss the Advent season, preparing for Christmas, and making resolutions for the new church year. There will also be a question and answer period.

There is no admission charge. Cookies and other “sweet treats” will be provided, and the event will include a hot cocoa bar and a photo booth.

Subsequent monthly gatherings will take place on the fourth of every month at locations to be announced.

SOMETHING YOUNG ADULTS ARE CRAVING

“Hearts are stirring in this diocese and this is something that young adults are craving,” said Bates, program director for the diocesan Office of Evangelization and Faith Formation, which is coordinating Fourth Watch.

As word has spread about the new endeavor, the response has been “more than we could have ever imagined,” said Bates, who was asked by office director Shirley Plaag to develop a program for young adults after she joined the diocesan staff in early August. 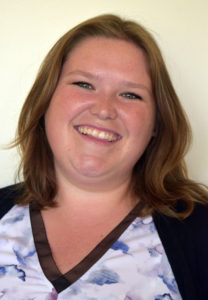 Bates told The Catholic Post that, after college, many young Catholics miss having a group of “like-minded people and like-minded conversations where they can come to Christ together.” Fourth Watch, she said, was designed after studying what other dioceses are doing — including Milwaukee and Indianapolis — to help “fill that void.”

Bates sees “divine inspiration” in how the program has come together.

The name Fourth Watch is taken from the 14th chapter of the Gospel of Matthew, in which during the “fourth watch” of a stormy night in a boat, the apostles saw Jesus walking on the water toward them.

The name, said Bates, calls young Catholic adults looking for or just starting careers, relationships, or families to trust that “God has a plan for you” and that everything is going to work out.

The name also dovetails with the group’s planned meetings on the fourth of every month.

While the first gatherings will be in the Peoria area, if interest warrants Fourth Watch will expand to other regional host sites. Baby-sitting services are being considered.

“This is diocese-wide,” said Bates, adding that if people want to come to the Peoria gathering from further distances “we would be thrilled. The more the merrier.”

A Fourth Watch Facebook page has been established at “CDOP Young Adult Ministry Fourth Watch” to spread the word and for people to indicate interest in attending the events, but reservations are not required. “We’re not going to turn anyone away,” said Bates.

More information is available at the Facebook site or by emailing kbates@cdop.org