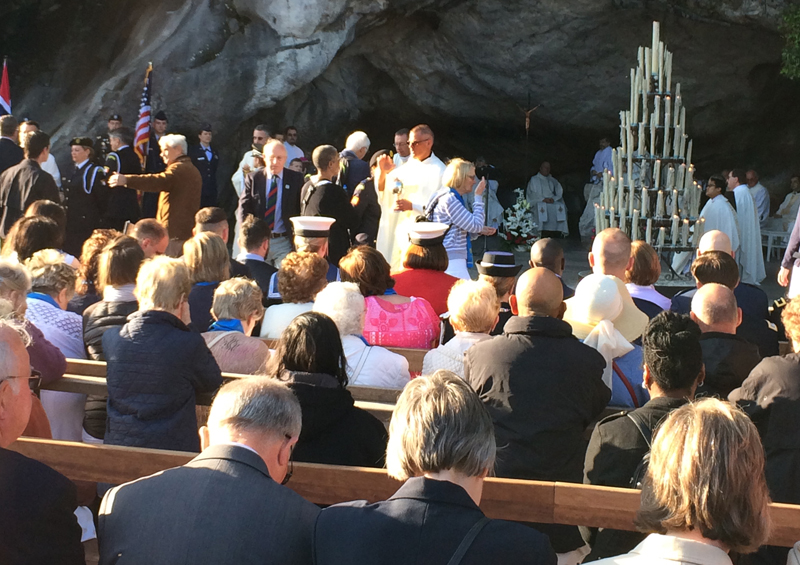 LINCOLN — As Veterans Day approaches, plans are being made around the diocese to honor the men and women who have served their country. From his office at Holy Family Church here, Father Jeffrey Laible is also working to bring them the healing they may still need physically, spiritually and emotionally.

A lieutenant colonel in the Illinois Air National Guard, 183rd Wing (Springfield), and longtime military chaplain, Father Laible is the spiritual director for Warriors to Lourdes. The program has been sponsored by the Archdiocese for the Military Services and the Knights of Columbus since 2013, and is part of the International Military Pilgrimage to the Marian shrine in Lourdes, France.

Father Laible called it “a time of prayer, a time of peace, a time of healing, a time of reconciliation” for post-9/11 service members who may be on active duty, retired, or honorably discharged. While they come from different branches of the military, what they have in common is that they have seen combat and been injured in some way.

That includes PTSD or post-traumatic stress disorder, he said, noting that not all wounds can be seen.

“The International Military Pilgrimage actually began after World War II, when France invited Germany to come to Lourdes to pray for peace and reconciliation. This coming May will be the 60th anniversary,” said Father Laible, pastor at St. Mary in Atlanta, St. Patrick in Elkhart and St. Thomas Aquinas in Mount Pulaski, in addition to Holy Family in Lincoln. 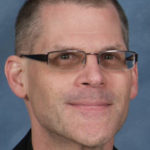 It has expanded greatly over the years, he said, with 35 to 40 nations now in attendance. As many as 15,000 troops participate each year, including about 200 U.S. service members and their chaplains.

Most of the events take place from Friday through Sunday, and the schedule is filled with opportunities for Mass, eucharistic processions, Benediction, a candlelight rosary procession and visits to the baths at the Sanctuary of Our Lady of Lourdes, as well as the sacrament of reconciliation. Last year, a service for the anointing of the sick was added.

“I had submitted an article that Msgr. (Albert) Hallin had written years ago when we worked together,” Father Laible said. “They put it together in this beautiful brochure, so people would know what to expect.”

A senior priest of the Diocese of Peoria living in Champaign, Msgr. Hallin served as a hospital corpsman with the U.S. Navy in Korea from 1951 to 1955.

“It’s very powerful. It’s difficult to put into words,” Father Laible said of the sacrament of the anointing of the sick. “It’s true in the parish, but even more so for somebody who has experienced the horror of war.”

Those who aren’t Catholic are invited forward to receive a prayer of blessing, he said.

The anointing of the sick is “very powerful. It’s difficult to put into words. It’s true in the parish, but even more so for somebody who has experienced the horror of war.”

Father Laible explained that an important part of the pilgrimage experience is the time set aside for “faith and formation” each evening. It generally includes a spiritual talk and faith sharing in small groups, led by the 20 chaplains, who may be a Catholic priest or deacon or Protestant minister.

Many of those evenings end with participants seeking out the priests for confession or spiritual counsel from one of the Protestant chaplains, he said.

“You just make yourself available anytime somebody asks to go to confession,” Father Laible said. “It especially happens toward the end of the pilgrimage and people have experienced the whole thing.”

The comments from the wounded warriors tell him that healing is happening.

“The miracle of Lourdes that I encountered had to do with healing on a global level. Seeing soldiers from France, Germany, the U.K. (United Kingdom), Italy, Austria, the Czech Republic, etc., all former bitter enemies during World War I and World War II, gathered together in the name of peace is nothing short of miraculous,” one said, while another found “collective healing, national healing, and the hope of a much larger peace.”

HOW TO APPLY, HELP

Any wounded warrior and their designated caregiver who applies for the pilgrimage and is accepted, goes free of charge, according to Father Laible. Knights of Columbus Charities Inc. underwrites the $2,600 cost per person, which includes all expenses, except for transportation to and from the airport.

Applications are now being accepted and will be available through Jan. 15, 2018. To find an application or information about making a donation, visit warriorstolourdes.com.

Father Laible said he would be happy to talk with local Knights of Columbus councils that would like to help. He can be reached at (217) 732-4019.

“The sacrifices that our warriors make for our country are beyond anything people can imagine,” he said. “To give them the opportunity to heal, to experience the healing waters of Lourdes . . . to be in the presence of the Blessed Mother, that’s what you’re giving them.”

“Pray for the warriors that will go and experience God’s presence and reconciliation, whatever that means for their lives,” he said.