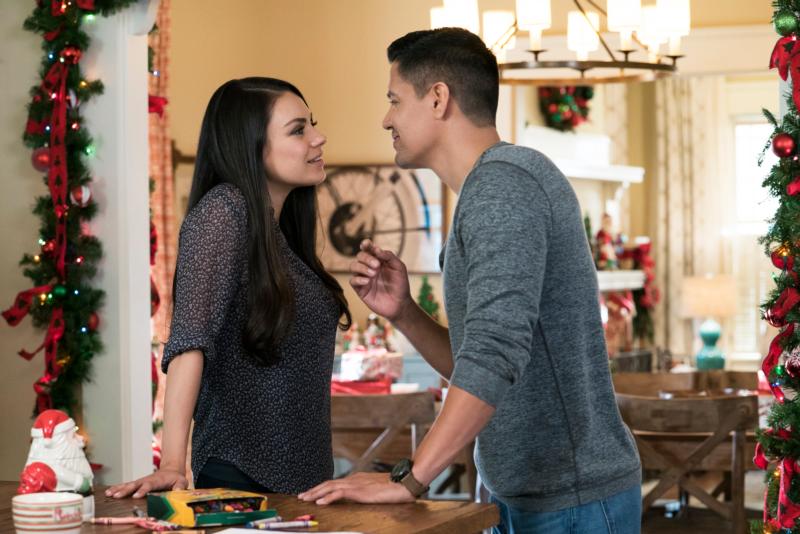 Aggressive vulgarity is the incongruous hallmark of this holiday-themed sequel.

As the trio of mothers (Mila Kunis, Kristen Bell and Kathryn Hahn) featured in the 2016 original deal with the wholly unrealistic problems caused when their own moms (Christine Baranski, Cheryl Hines and Susan Sarandon) show up for Christmas, with or without an invitation, the only thing more tiresome than their sex-obsessed wisecracking is their self-important resolve to take the feast back and celebrate it in their own fashion. Since that approach includes ogling male strippers dressed as “sexy Santas,” for one of whom (Justin Hartley) Hahn’s character falls, to say they’ve lost touch with the reason for the season is an understatement. Ditto returning co-writers and directors Jon Lucas and Scott Moore.