“Only the Brave” (Columbia) 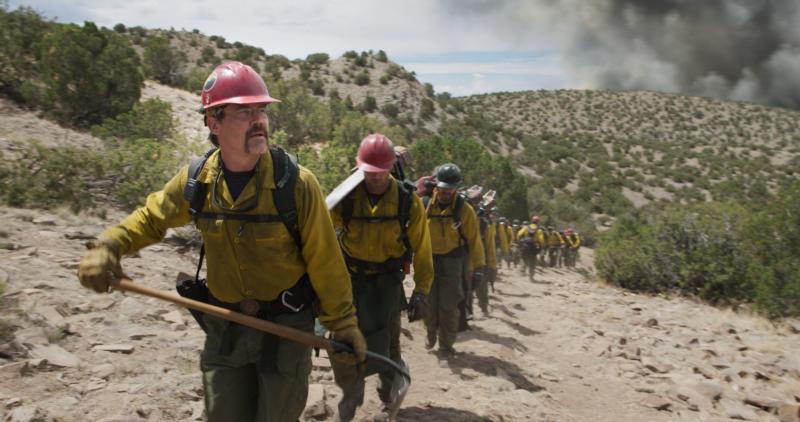 Josh Brolin stars in a scene from the movie "Only the Brave." The Catholic News Service classification is A-III -- adults. (CNS/Columbia)

Heartbreaking true story of the “Granite Mountain Hotshots,” the elite Arizona firefighting team which raced into a raging inferno in 2013 to save a neighboring town from destruction. Their leader (Josh Brolin) has honed his 20-member crew into a well-oiled machine with the assistance of his right-hand man (James Badge Dale). During a recruitment drive, an unlikely candidate (Miles Teller) appears, intent on turning away from a dissolute life to join the group.

In adapting a magazine article by Sean Flynn, director Joseph Kosinski deftly juggles the intimate stories of the men’s personal lives (Jennifer Connelly plays Brolin’s wife) with grand set pieces which evoke the sheer terror and destructive force of the flames they battle. Although the ending is well known, the impact is no less profound on screen, and the striking real-life examples of heroism, brotherhood and self-sacrifice are both timely and inspiring.