Native of Westville parish had role in amazing astronomical discovery

Congratulations to Dr. Jeffrey Cooke, a native of St. Mary Parish in Westville and a world renowned astronomer who was among the scientists to witness and record the collision of two distant neutron stars observable in August. The discovery was announced Oct. 16 in press conferences around the globe and it has already yielded much new knowledge about the workings of creation.

“It was incredibly exciting because we had been waiting for this for years,” said Cooke, the son of Darla and the late Donald Cooke of Westville.  In a YouTube video release Monday, Cooke — now an associate professor at Swinburne University of Technology in Australia who also resides in San Diego and Hawaii — explained how he “called up all the telescopes I had access to around the world to get them on this event” when he learned it would soon be observable. 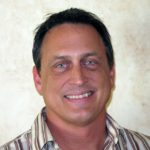 “It was an amazing event and it didn’t let us down,” said Cooke.

He was a contributor to one of a multitude of research papers published Monday to detail the discovery that, many say, will usher in a new era of astronomy.

We’ll leave it to the scientific world to describe how the collision 130 million light years away resulted in “gravitational waves” that, now observed and measured, will lead to new ways to gauge the scope and expansion of the universe; the insights into how heavy elements such as gold, platinum, and lead are created and scattered; and the definitions of resulting events such as a kilonova and multi-messenger astrophysics.

But we can guess what Cooke is experiencing from what he told students in a presentation at Schlarman Academy in Danville five years ago: awe at God’s creation.

“God created everything,” he told The Catholic Post after the presentation. “The details get uncovered as you explore.”

Father Timothy Sauppé, pastor of St. Mary in Westville, was justifiably proud of his parish native as he spread the word by email Monday night.

“This is big, really big science — this is Nobel Prize science-y stuff,” said Father Sauppé. “I am very proud of Jeff and his team. Now I know how Galileo’s pastor felt!”

One hundred years ago, tens of thousands of the faithful in Portugal witnessed the Miracle of the Sun at Fatima, when the sun reportedly danced in the sky as the Blessed Virgin Mary had foretold. The spiral death dance of two distant neutron stars observed a century later was a natural occurrence, but it should inspire a similar reaction from believers, one that was captured in the famous hymn.