Not with our tax money

It is irony of the saddest type that Illinois, which gave the nation the eloquent statesman U.S. Rep. Henry Hyde, now has taxpayer-funded abortion signed into state law. After all, it was Hyde, a powerful champion for those with no voice during his 32 years in the U.S. House of Representatives, who authored the 1976 amendment bearing his name that restricts the use of federal funds to pay for abortion. 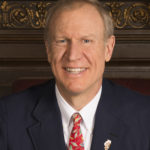 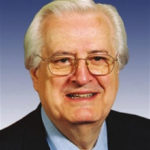 The new Illinois law signed Sept. 28 by Gov. Bruce Rauner should do more than disappoint us, sadden us, or even anger us.  It ought to wake us up and spur us to greater prayer and action. Each of us has a voice, and it is time to use it, because this law with its “grave moral error” simply cannot be allowed to stand.

As Bishop Jenky said after leading a rosary outside of Peoria’s abortion facility the day before Rauner signed the legislation, Illinois can’t pay its bills “but somehow we can pay for the destruction of innocent human life.”

We need to send Gov. Rauner — who we thanked just a few weeks ago after he signed an education funding package — as well as legislators who voted for the new law a very clear message: “Not with our tax money.”

For in the words of the late, great Henry Hyde: “God put us in the world to do noble things, to love and to cherish our fellow human beings, not to destroy them. Today we must choose sides.”