“A Question of Faith” (Pure Flix) 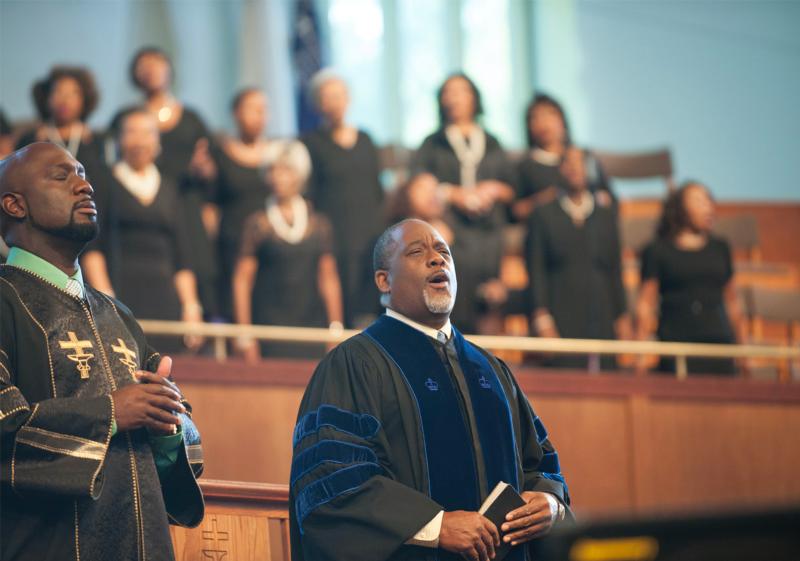 Richard T. Jones and GregAlan Williams star in a scene from the movie "A Question of Faith." The Catholic News Service classification is A-II -- adults and adolescents. (CNS/Pure Flix)

Sober religious drama in which a minister (Richard T. Jones) grapples with a tragedy involving his young son (Caleb T. Thomas) that shakes his fundamental beliefs. As he gradually discovers that the mishap has linked his family’s fate with those of several strangers, including a restaurant owner (Jaci Velasquez), her daughter (Karen Valero) and a cash-strapped contractor (C. Thomas Howell), the clergyman benefits from the steady support and guidance of his wise wife (Kim Fields).

Director Kevan Otto leavens the sometimes tearful proceedings with upbeat gospel music. Though the plot of his film, as written by Ty Manns, is farfetched in some of its details, audiences will appreciate its showcasing of a strong marriage, as well as its emphasis on forgiveness and interracial harmony.

Mature themes. The Catholic News Service classification is A-II — adults and adolescents. The Motion Picture Association of America rating is PG — parental guidance suggested. Some material may not be suitable for children.