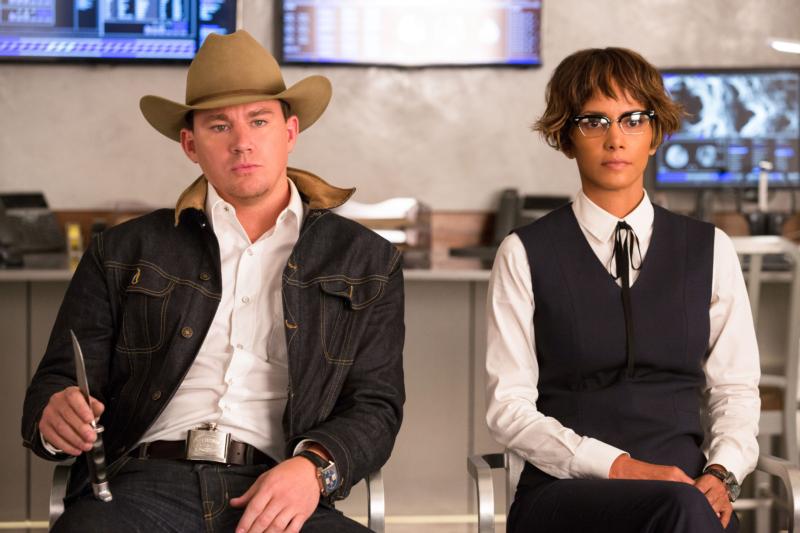 Channing Tatum and Halle Berry star in a scene from the movie "Kingsman: The Golden Circle." The Catholic News Service classification is O -- morally offensive. (CNS/Fox)

Director and co-writer Matthew Vaughn goes over the top with cartoonish but gruesome mayhem and a distasteful bedroom sequence in this follow-up to his 2015 feature, “Kingsman: The Secret Service.”

Now an established agent of the independent espionage service from which the films derive the shared portion of their titles, the working-class London lad (Taron Egerton) whose transformation into a skilled operative was charted in the original takes on a psychopathic international drug trafficker (Julianne Moore) intent on blackmailing the U.S. government into legalizing all narcotics. Staggered by her murderous assault on their headquarters and several of their colleagues, the spy and the group’s tech guru (Mark Strong) turn to the Kentucky-based American counterpart of their organization (led by Jeff Bridges) for help in vanquishing the villain and the rejected Kingsman applicant (Edward Holcroft) aiding her scheme.

Vaughn’s stylish actioner, penned once again with Jane Goldman, and based, like its predecessor, on a comic book series by Matt Millar and Dave Gibbons, edges its protagonist toward a more committed relationship with his live-in girlfriend (Hanna Alstrom), a Swedish princess, and dwells on his ties to his mentor (Colin Firth) from the first outing. But, in just one instance of its excesses, it also finds characters being pushed into a meat grinder.