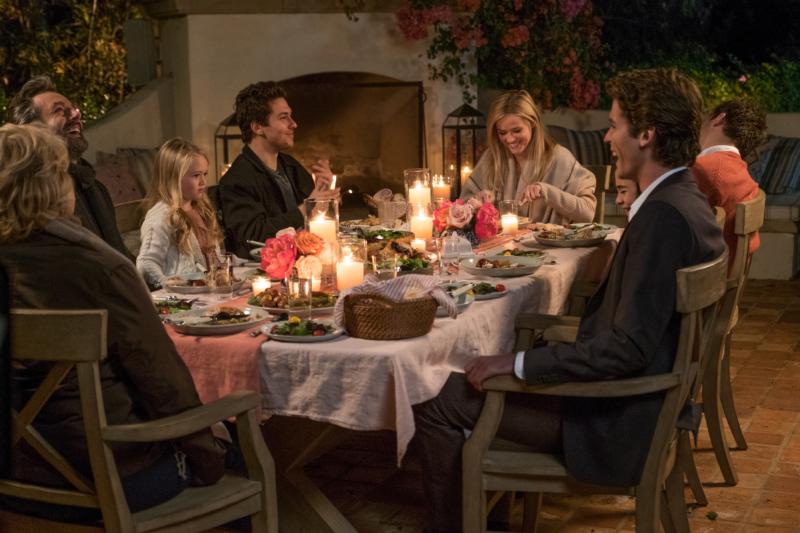 Morally mixed romantic comedy in which a recently separated New Yorker (Reese Witherspoon) returns to the lavish Los Angeles home she grew up in, crosses paths with a trio of promising but broke filmmakers (Pico Alexander, Nat Wolff and Jon Rudnitsky) and, after falling for one of them (Alexander), allows all three to live rent-free in her guest house. Though the polite and considerate lads manage to bond with their landlady’s two young daughters (Lola Flanery and Eden Grace Redfield), the novel domestic arrangement troubles her husband (Michael Sheen).

There’s a gentle spirit to writer-director Hallie Meyers-Shyer’s debut, which also features Candice Bergen as Witherspoon’s mother, an arthouse movie star of the 1970s. But the script presents marital breakup as a form of liberation and, though it coyly avoids having the romantic leads sleep together within hours of meeting each other, takes their subsequent fling as a given. Additionally, the girls’ accidental exposure to the relationship is milked for laughs.

A benign view of divorce and cohabitation, momentary semi-graphic and brief nongraphic sexual activity, comic brawling, a few uses of profanity, at least one rough and about a half-dozen crude terms. The Catholic News Service classification is A-III — adults. The Motion Picture Association of America rating is PG-13 — parents strongly cautioned. Some material may be inappropriate for children under 13.