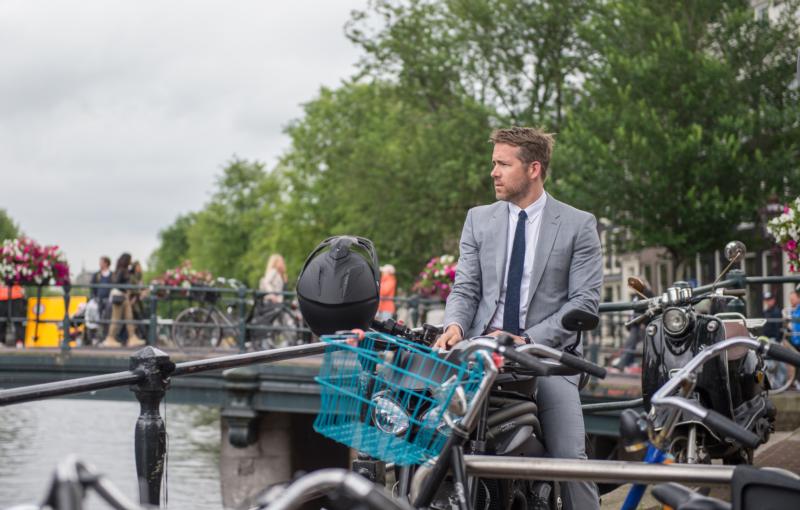 Ryan Reynolds stars in a scene from the movie "The Hitman's Bodyguard." The Catholic News Service classification is O -- morally offensive. (CNS/Lionsgate)

When a paid assassin (Samuel L. Jackson) becomes the key witness in the trial of a murderous dictator (Gary Oldman) an Interpol agent (Elodie Yung) turns to a once highly regarded but now down-on-his-luck security specialist (Ryan Reynolds) to give the killer the protection her agency has proven itself unable to provide. What she fails to reckon on is the fact that the gunman and his proposed guardian are old and bitter enemies.