“Valerian and the City of a Thousand Planets” (STX) 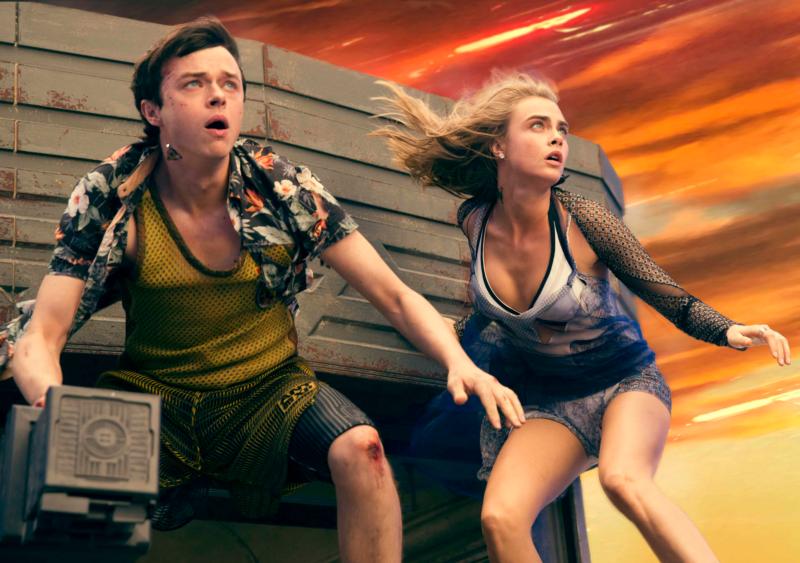 Dane DeHaan and Cara Delevingne star in a scene from the movie "Valerian and the City of a Thousand Planets." The Catholic News Service classification is A-III -- adults. (CNS/TF1 Films)

Flashy but lightweight sci-fi adventure, set in the 28th century, in which a duo of intergalactic law enforcement agents (Dane DeHaan and Cara Delevingne) share romantic tension as well as a series of crime-busting exploits involving the legacy of a destroyed planet and the fate of the titular metropolis, a mega-space station under threat from an unidentified force.

In adapting a series of graphic novels by Pierre Christin and Jean-Claude Mezieres, writer-director Luc Besson excels at such sequences as an interdimensional chase through an exotic bazaar. Yet his sometimes baroquely overwrought film is longer on style than ultimate impact. Though the love story sees DeHaan’s playboy character anxious to mend his ways in favor of marital commitment, moreover, his detour through the vast craft’s gritty red-light district suggests even most mature teens should skip this trip to the stars and instead stay safely earthbound.

Gunplay and other stylized violence, a prostitution theme, scenes of sensuality with partial nudity, a mild oath, a couple of uses each of crude and crass language. The Catholic News Service classification is A-III — adults. The Motion Picture Association of America rating is PG-13 — parents strongly cautioned. Some material may be inappropriate for children under 13.