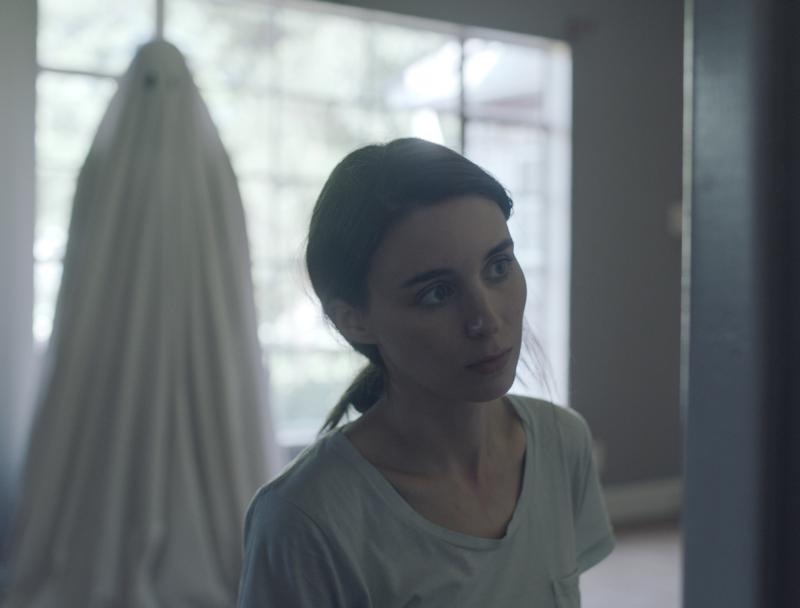 Rooney Mara stars in a scene from the movie "A Ghost Story." The Catholic News Service classification is A-III -- adults. (CNS/A24)

Casey Affleck’s recently deceased, silently querulous and shrouded spirit, looking like one of Charlie Brown’s trick-or-treaters with cut-out eyeholes, returns to stare at, though not haunt, his widow (Rooney Mara). Eventually, he needs to fulfill a task in order to set things right with someone or something and thus be released from his earthly bonds.

Writer-director David Lowery hasn’t attempted a story about religion specifically or spirituality generally. Rather, he has made a reflection on loss. Visually fascinating, this falls a little short on the entertainment scale, but it demands thoughtful interpretation by discerning adults.