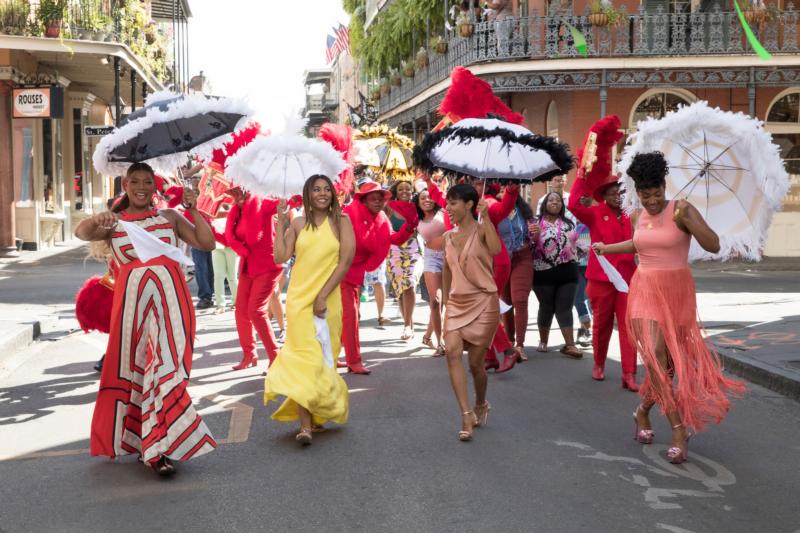 Libidinous raunch is the evident lure in this story of four middle-aged women (Queen Latifah, Jada Pinkett Smith, Tiffany Haddish, Regina Hall) renewing their college friendship and reevaluating their lives during a visit to New Orleans.

As directed by Malcolm D. Lee from a script by Kenya Barris, Karen McCullah, Tracy Oliver and Erica Rivinoja, the quartet somehow keep their dignity when sober, but the New Orleans nights give them an excuse to cut loose. There’s a solid structure and wrap-up to the proceedings. But the drunken — and sometimes distasteful — goings-on are certainly not for everyone.