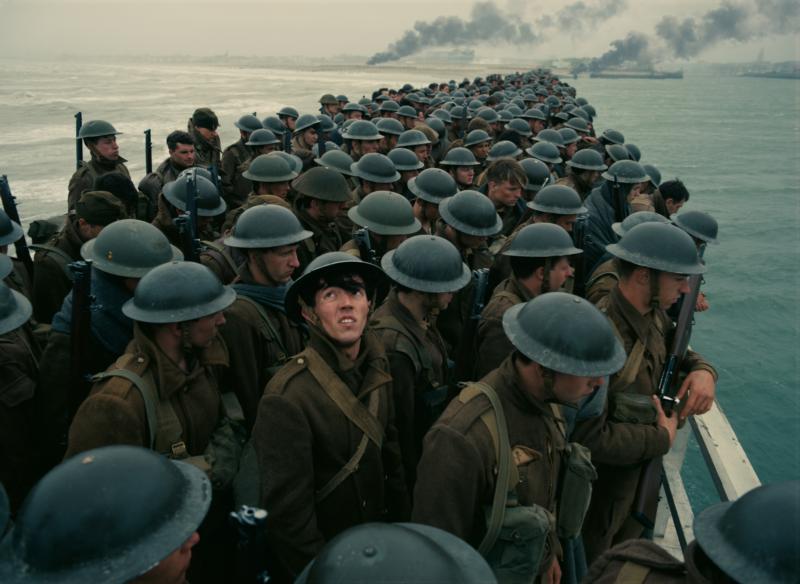 Soldiers are shown in a scene from the movie "Dunkirk." The Catholic News Service classification is A-III -- adults. (CNS/Warner Bros.)

Compelling historical drama, set in the spring of 1940, recounting the surprisingly successful evacuation of hundreds of thousands of British and French troops from the port of the title following their rapid defeat and encirclement by the forces of Nazi Germany.

Taking an Everyman’s view of the situation, writer-director Christopher Nolan follows the exploits of three ordinary soldiers (Fionn Whitehead, Aneurin Barnard and Harry Styles), the owner of a small yacht (Mark Rylance) who, like hundreds of others, answers the call for civilian vessels to join in the rescue, and a duo of RAF Spitfire pilots (Jack Lowden and Tom Hardy). The perils of the desperate operation are fully exploited for dramatic tension, and the questionable measures resorted to by some characters in their efforts to survive are balanced by a general sense of heroic pluck and by incidents in which humane justice and generosity of spirit are upheld. While not for the fainthearted of any age, the film’s educational value makes it probably acceptable for older teens.

Intense stylized combat violence, brief gore, a couple of uses of profanity, at least one instance each of rough, crude and crass language. The Catholic News Service classification is A-III — adults. The Motion Picture Association of America rating is PG-13 — parents strongly cautioned. Some material may be inappropriate for children under 13.