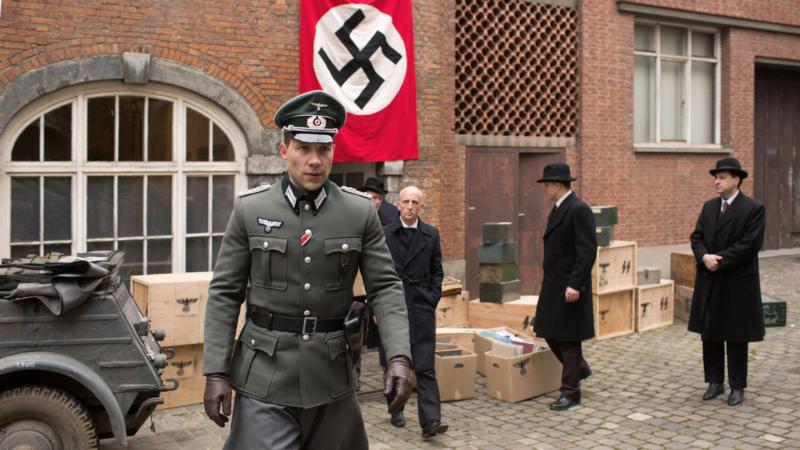 Jai Courtney stars in a scene from the movie “The Exception.” The Catholic News Service classification is L -- limited adult audience, films whose problematic content many adults would find troubling. (CNS/A24 Films)

During the opening stages of World War II, a Jewish maid (Lily James) working in the Netherlands household of exiled German Emperor Wilhelm II (Christopher Plummer) spies on him for the British, then both confounds and cavorts with the Wehrmacht officer (Jai Courtney) dispatched to ferret out the espionage. There’s a gratuitous quality to their romantic encounters.

But director David Leveaux’s screen version of Alan Judd’s 2003 novel “The Kaiser’s Last Kiss” quickly returns to the conventions of a historical thriller. The result is an exceptionally well-crafted, gloriously over-the-top piece of kitsch.