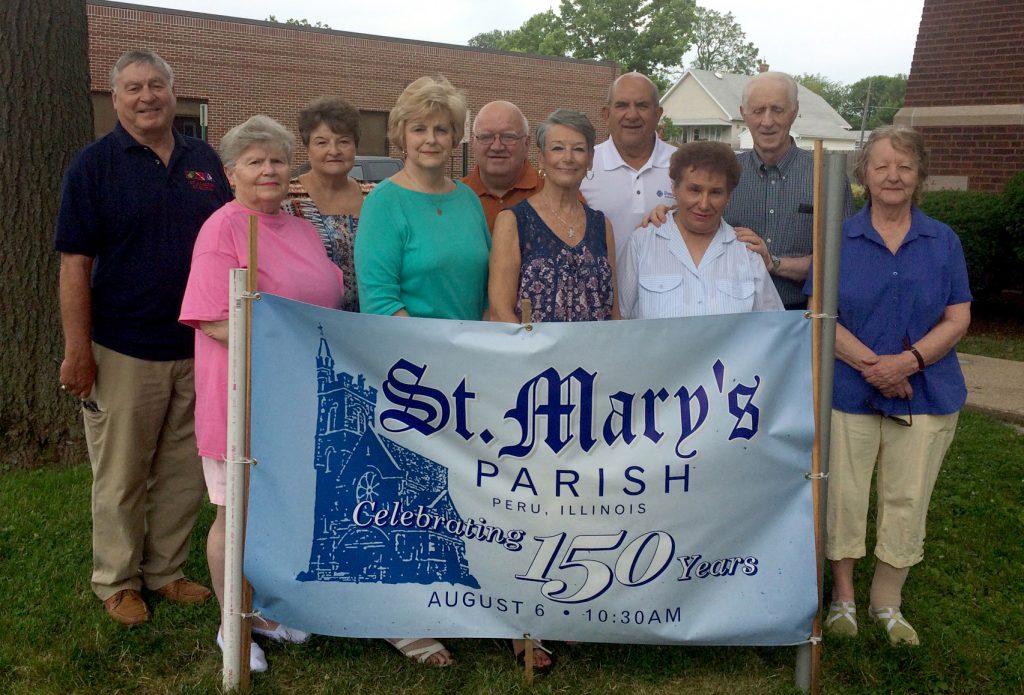 PERU — Established in 1867, St. Mary Parish is marking its 150th anniversary this year. To celebrate the occasion, parishioners are planning a Mass and dinner for Sunday, Aug. 6.

Msgr. J. Brian Rejsek, pastor, will be the celebrant for the 10:30 a.m. liturgy at St. Mary, 1319 Sixth St. The anniversary dinner will follow at the Eagle Lodge Clubrooms at 830 Harrison St., also in Peru.

Seating for the dinner is limited. While current parishioners have been signing up at church, former parishioners and others who may be interested in attending are asked to call Dick Nowatka at (815) 224-2214, or Bill Dekowski at (815) 663-7188.

Efforts to build a new Catholic church in Peru started in August 1867, when a delegation was formed to visit Chicago and ask the bishop for his blessing. It was granted and construction of an A-frame church was completed in time for Father Andrew J. Pettit, founder and first pastor, to celebrate Mass at St. Mary of the Assumption on Dec. 25, 1867.

A school was added in 1882 and construction of brick buildings for the school and rectory followed in 1894 and 1910, respectively. The current brick church, complete with marble altars and stained glass windows, was completed in 1917.

While diocesan priests have served the parish for most of its history, Benedictine monks from St. Bede Abbey have also offered pastoral care there.