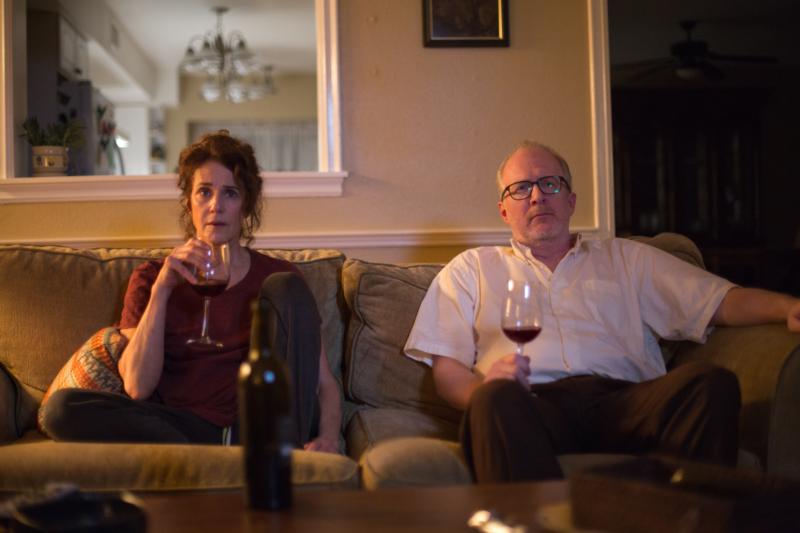 Debra Winger and Tracy Letts star in a scene from the movie "The Lovers." The Catholic News Service classification is L -- limited adult audience, films whose problematic content many adults would find troubling. (CNS/A24)

To the extent that a thoughtful drama about marital infidelity can be considered lyrical, writer-director Azazel Jacobs has achieved that. He carefully structures his plot to minimize any gaping holes in logic. But he also downplays the extensive collateral damage adultery inflicts. Lacking a steady moral compass, his characters are buffeted by life’s unpredictability.

Tracy Letts and Debra Winger play a middle-aged couple for whom the marital spark is gone. But after both take on lovers (Aidan Gillen and Melora Walters), their attraction flames back into life.

An adultery theme, fleeting scenes of marital sexual activity, some of it potentially aberrant, much profane and rough language. The Catholic News Service classification is L — limited adult audience, films whose problematic content many adults would find troubling. The Motion Picture Association of America rating is R — restricted. Under 17 requires accompanying parent or adult guardian.