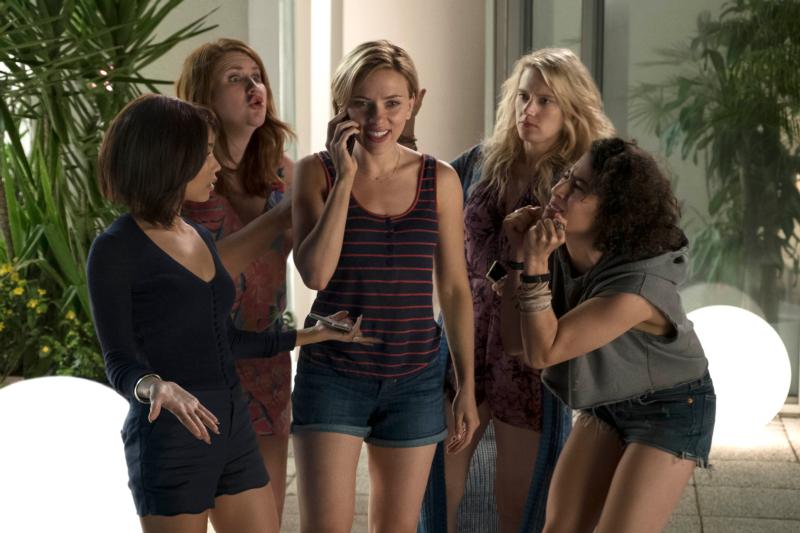 Raunchy comedy in which a bride-to-be (Scarlett Johansson) and four of her best friends (most prominently Jillian Bell and Kate McKinnon) find their wild bachelorette weekend in Miami marred by the accidental death of the stripper (Ryan Cooper) they hired to add to the fun of getting drunk and high.

From the randy swingers next door (Demi Moore and Ty Burrell) to the lesbian relationship in the past of the fiancee’s two other pals (Ilana Glazer and Zoe Kravitz), director and co-writer Lucia Aniello’s film runs the gamut of smut as the quintet scrambles to hide the evidence, fearing — for barely tenable reasons — that the police will not believe their story. Pure dreck.