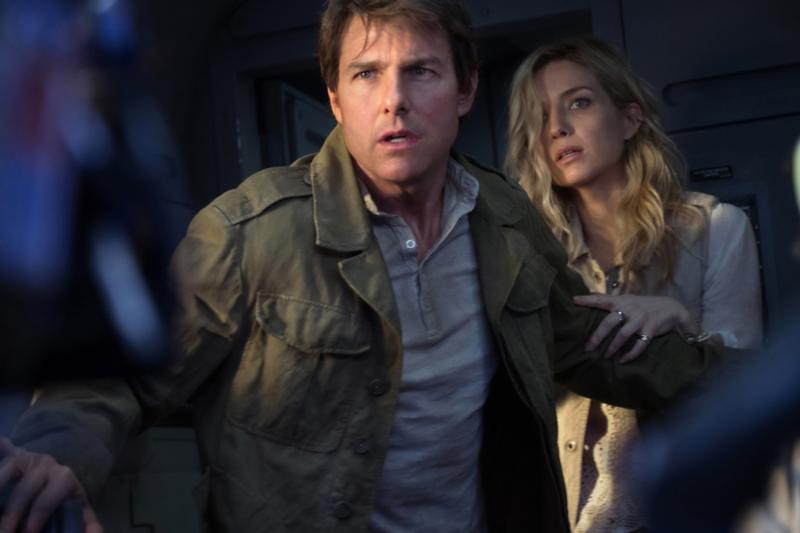 Tom Cruise and Annabelle Wallis star in a scene from the movie "The Mummy." The Catholic News Service classification is A-III -- adults. (CNS/Universal)

Clumsy horror flick charts the dire consequences that follow when a shady soldier (Tom Cruise) and an archaeologist (Annabelle Wallis) unwittingly revive an evil Egyptian princess (Sofia Boutella) who was put to death for her crimes in the days of the pharaohs.

Pagan mumbo-jumbo aside, there’s not much to bother grown viewers in director Alex Kurtzman’s film, which has a sketchy but respectable good-vs.-evil theme. Yet, as the eventual injection of Robert Louis Stevenson’s character Dr. Henry Jekyll (Russell Crowe) into the plot suggests, there’s a growing note of desperation in the unwieldy proceedings as the scene shifts across centuries and continents, but the script fails to gain traction.