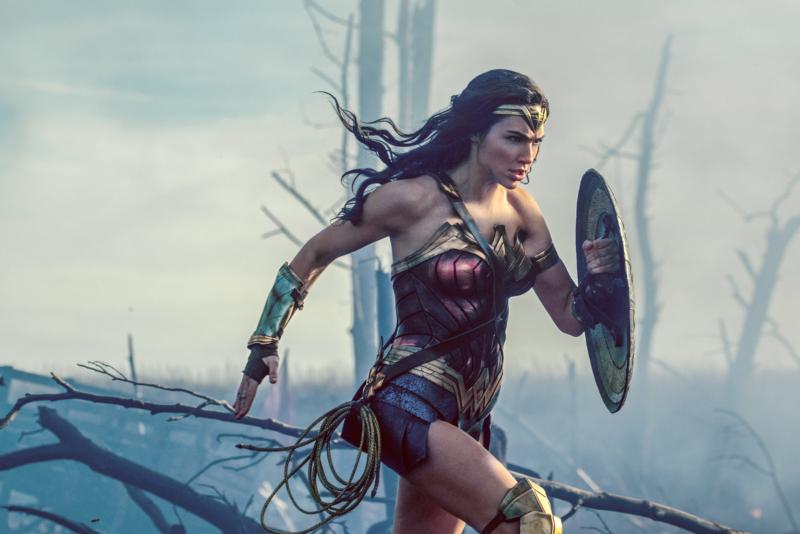 Enjoyable adventure for the DC Comics superhero (Gal Gadot) takes her from her home environment — an island of Amazons isolated from the rest of the world — into the thick of World War I. Her involvement in the conflict follows the accidental intrusion of an American (Chris Pine) who’s spying for the British into her native realm, an event she takes as a signal that her race is being called to bring peace to humanity.

Since her mother (Connie Nielsen), who is also the queen of the warrior women, disagrees, she undertakes the mission on her own. Guided by the agent, and with the support of a high-ranking government official in London (David Thewlis), she uses her military training (under Robin Wright) to take on real-life German commander Gen. Ludendorff (Danny Huston) and the fictional, sinister scientist (Elena Anaya) who runs his chemical weapons program.

Though director Patty Jenkins keeps the mayhem mostly free of gore, and the dialogue in Allan Heinberg’s script is unspotted by vulgarity, the sexuality that tinges the central romance, though restrained, makes the film best for grownups.