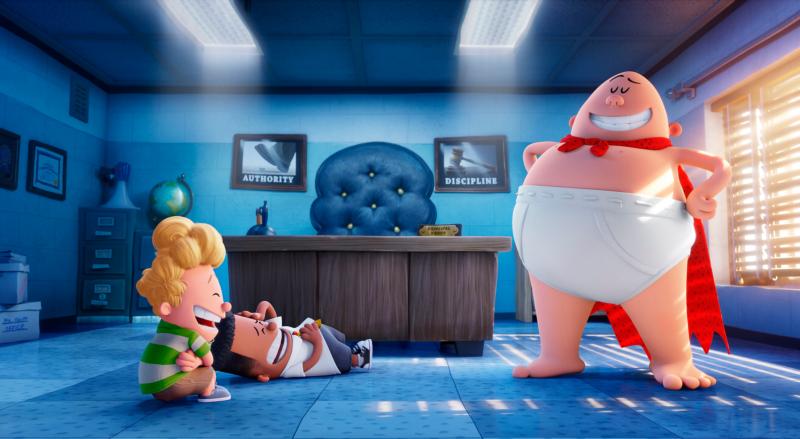 Two fourth-grade pranksters (voices of Kevin Hart and Thomas Middleditch) fear that their friendship will be broken up if their strict principal (voice of Ed Helms) follows through on his threat to separate them by assigning them to different classes. Improvising a solution, they hypnotize him and use mind control to convince him that he is Captain Underpants, the superhero featured in some of the many comic books they have written and drawn together. In this guise, he battles a wild-haired mad scientist (voice of Nick Kroll) who schemes to employ technology to stamp out laughter, especially among kids.

Parents averse to potty humor will find little to like in director David Soren’s otherwise unobjectionable comedy, which showcases a giant mechanized toilet running amok and an orchestra of whoopee cushions. A brief spell of seriousness finds the central duo figuring out that some grownups may be mean because they’re lonely, and doing their best to remedy an instance of this problem.

Pervasive childish scatological humor. The Catholic News Service classification is A-II — adults and adolescents. The Motion Picture Association of America rating is PG — parental guidance suggested. Some material may not be suitable for children.