“Everything, Everything” (Warner Bros.) 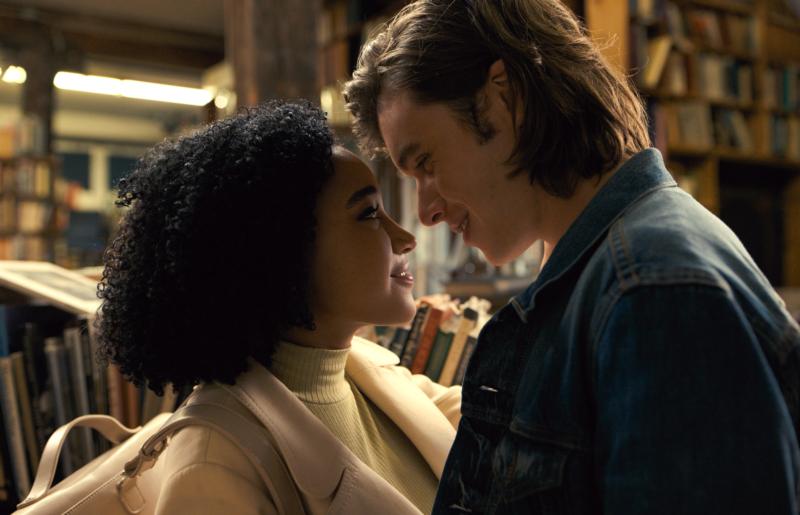 Amandla Stenberg and Nick Robinson star in a scene from the movie 'Everything, Everything." The Catholic News Service classification is A-III -- adults. (CNS/Warner Bros.)

Director Stella Meghie’s adaptation of Nicola Yoon’s young adult novel bears more than a little resemblance to one of those fairy tales involving a princess locked up in a castle who needs a handsome prince to rescue her. In this case, a bright and literate teen (Amandla Stenberg) has long been confined by a rare illness to the hermetically sealed house specially designed for her by her protective mother (Anika Noni Rose). Then a sensitive lad (Nick Robinson) moves in next door and becomes her instant soul mate (via texting and handwritten placards held up to windows).

Aware of the target audience, screenwriter J. Mills Goodloe sustains the romantic fantasy without letting any harsh real-life consequences intrude. The result is a gentle, tasteful film. A bedroom scene shared by its barely-of-age main couple, however, makes it doubtful fare even for mature adolescents.

Brief sensuality as part of a mostly off-screen nonmarital encounter, a single instance of rough language. The Catholic News Service classification is A-III — adults. The Motion Picture Association of America rating is PG-13 — parents strongly cautioned. Some material may be inappropriate for children under 13.