Salesians withdrawing from Champaign, but are ‘leaving a legacy’ after six years 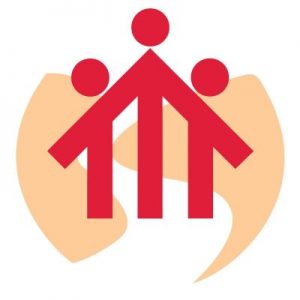 The Salesian logo is inspired by St. John Bosco and the Salesians walking with the young through the world.

CHAMPAIGN — The Salesians of Don Bosco are closing their community based at Holy Cross Parish in Champaign and the three priests are being reassigned within the order in June.

The move followed extensive consultation with Bishop Daniel R. Jenky, CSC, and was announced  by Father Timothy Zak, SDB, vice provincial of the Salesian Province of St. Philip the Apostle,  based in New Rochelle, New York.

A reception for the Salesian priests will follow the 4 p.m. Mass this Sunday, May 21, at Holy Cross Parish in Champaign.

Father Santa, the local superior who also assisted with Hispanic ministry at St. Malachy Parish in Rantoul, was succeeded at Holy Cross Parish by Father Michael Mendl, SDB, last summer. The Salesian Sisters were reassigned in 2016.

“We thank the staff and students at St. John’s Catholic Newman Center, the staff and parishioners at Holy Cross Parish and the Diocese of Peoria for the opportunity to share the charism of Don Bosco during these past four years,” said Father Timothy in a May 11 letter to community members in the province.

Bishop Jenky expressed the gratitude of the diocese to the Salesians.

“I am truly grateful for the service of the Salesian priests within our diocese for the past four years,” said Bishop Jenky. “They have brought great pastoral care to our parishes and Newman Center. Their departure is a loss to our diocese, especially in the Champaign area.  We pray for them as they take up new assignments within their order.”

The withdrawal is part of a “reshaping” process throughout the province designed to strengthen the quality of Salesian community life and best serve the young and the poor while facing the realities of a smaller pool of personnel.  A goal is to have six Salesians in each community.

“We’ve had three communities in the last several years with only three men,” said Father Michael. “We had to adjust that issue for the health and balance of community life,” noting the importance of community prayer and meals.

Father Michael told The Catholic Post that he and his Champaign confreres are “very sorry to go.” Father Michael will join a Salesian community at a Don Bosco Cristo Rey School in Washington, D.C.; Father David is returning to the Toronto area as a parochial vicar; and Father Bill has been assigned to a Salesian boys and girls club in East Boston.

“But we’re leaving a legacy behind,” Father Michael continued. “We’ve established some Salesian traditions,” he said, including a local group of Salesian Cooperators — a mostly lay association whose members take the Salesian spirit to their families and the work place.

The Salesians have infused the parish and school with the educational approach of their founder, St. John Bosco, established a new pre-school, and began a Mass with Marian devotions on Wednesday evenings.

“The people have been so welcoming,” said Father Michael. “We trust the Risen Lord will continue to pour out his life and his Holy Spirit into the parish and to the people here we have grown to love and who have loved us very much.”

That mutual love will be expressed at a reception following the 4 p.m. Mass this Sunday, May 21, at Holy Cross Church. The reception, featuring light refreshments, is open to the public. The Newman Center  community hosted a farewell for Father Bill prior to graduation.

A reception for the Salesian priests will follow the 4 p.m. Mass this Sunday, May 21, at Holy Cross Parish in Champaign.