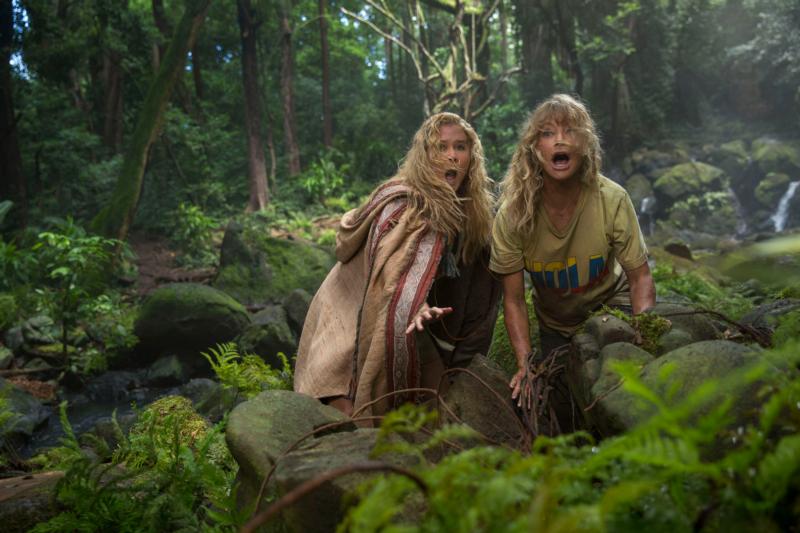 Amy Schumer and Goldie Hawn star in a scene from the movie "Snatched." The Catholic News Service classification is L -- limited adult audience, films whose problematic content many adults would find troubling. (CNS/Fox)

This mother-daughter comedy, directed by Jonathan Levine, has a kernel of goodness at its heart. But the minority of grown viewers for whom it’s acceptable will have to wade through a veritable cesspool of bad taste to approach it.

A self-centered young woman (Amy Schumer) is dumped by her boyfriend (Randall Park) on the eve of a romantic getaway. With a nonrefundable vacation package, and no one else to go with, she takes pity on her estranged mom (Goldie Hawn). Together they embark on a South American adventure with unexpected results, including the daughter’s misguided hookup with a handsome stranger (Tom Bateman) that leads to their kidnapping (by Oscar Jaenada). Their eventual escape is aided by a mysterious guide (Christopher Meloni) and two fellow vacationers (Wanda Sykes, Joan Cusack). A slapdash, cliche-ridden send-up of exploitation movies, the film’s only redeemable feature is a message about a mother’s unconditional love and the enduring family bond, which manages to shine through a very dirty exterior.