The 15 stops along the way 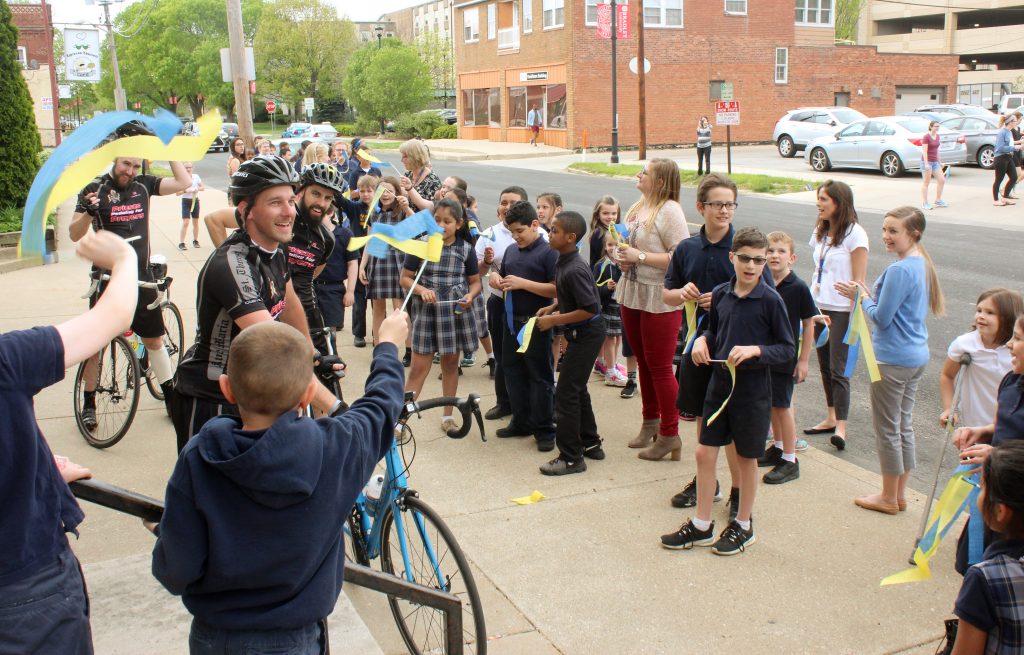 "The overwhelming support we had from each and every place we went, the joy that each place had and the excitement that they maintained really invigorated me and gave me an incredible hope for our diocese," said Father Adam Cesarek, seen with the trio at St. Mark School in Peoria. (The Catholic Post/Tom Dermody)

Father Michael Pica, Father Adam Cesarek and Father Tom Otto scheduled 15 stops as they rode their bicycles across the Diocese of Peoria to raise prayers for and awareness of vocations to the priesthood, consecrated life and good, holy marriages, “from which all vocations come.”

At the schools they shared their vocation stories, told the students why priesthood was “the greatest thing that ever happened to us,” and explained why prayer is so important. They also had plenty of fun, giving away t-shirts for correct answers to a variety of questions about the Diocese of Peoria, the priesthood and the Catholic faith and sacraments.

When they arrived at their destinations ahead of time, they were able to add stops, such as at St. Mary’s Cemetery in West Peoria, where they prayed at the mausoleum of the deceased bishops of the Diocese of Peoria.

Following is a list of the places they spoke, celebrated Mass and prayed during the inaugural “Priests Pedaling for Prayers”: