“How to Be a Latin Lover” (Pantelion) 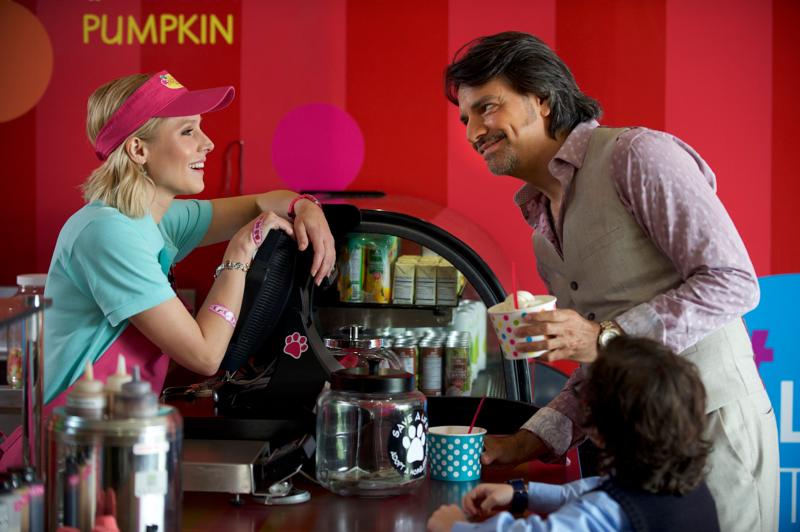 Kristen Bell and Eugenio Derbez star in a scene from the movie "How to Be a Latin Lover." The Catholic News Service classification is A-III -- adults. (CNS/Pantelion Films)

Scattershot comedy with too many plot threads and an uncertain tone that wavers between warm family fare and a sex farce. Dumped by the heiress (Renee Taylor) he long ago married for her money, and left penniless by a prenuptial agreement, a lazy ne’er-do-well (Eugenio Derbez) moves in with his estranged sister (Salma Hayek), a hardworking widow with a 10-year-old son (Raphael Alajendro). This is where the pathos and life lessons are presumably supposed to begin.

Instead, director Ken Marino and screenwriters Chris Spain and Jon Zack chart an uneven course between crass gags and their protagonist’s inner change, a partial conversion that doesn’t prevent him from setting his sights on an even wealthier potential mate (Raquel Welch). Long stretches of exposition wind up being deadly dull for the audience, making the film a difficult slog.

Brief sensuality, fleeting crude and crass language. The Catholic News Service classification is A-III — adults. The Motion Picture Association of America rating is PG-13 — parents strongly cautioned. Some material may be inappropriate for children under 13.