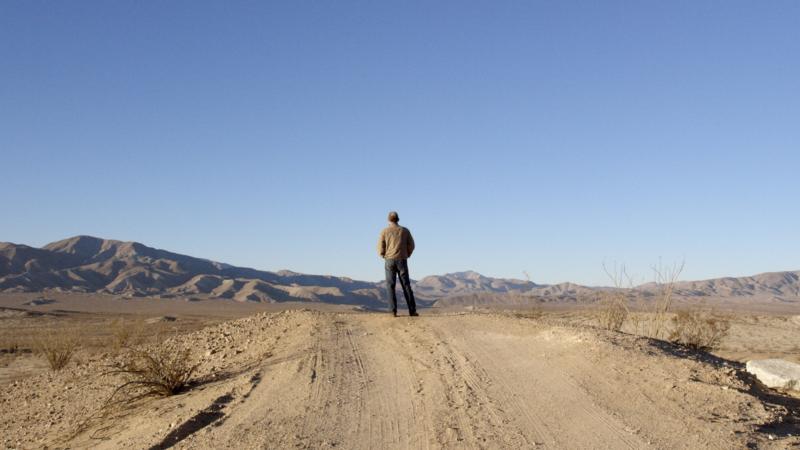 This is a scene from the movie "Phoenix Forgotten." The Catholic News Service classification is A-III -- adults. (CNS/Allied Integrated Marketing)

Dull, though mostly harmless, sci-fi-themed horror tale in which, 20 years after they disappeared, the now-grown younger sister (Florence Hartigan) of one of a trio of teens (Luke Spencer Roberts, Chelsea Lopez and Justin Matthews) who vanished without a trace in the Arizona desert explores the connection between that event and a well-publicized (real-life) UFO sighting over the skies of Phoenix that took place shortly before. With the protagonist making a documentary about her search, and her subjects having left a videocassette tape of their activities behind, the tired “found footage” conceit is brought to bear.

But even the immediacy ideally produced by that device could not alter the fact that the virtually bloodless proceedings in director and co-writer Justin Barber’s feature debut fail to intrigue. Some parents may feel that the absence of gore — apart from the sight of some ravaged wildlife — makes the film acceptable for mature adolescents despite the vulgar vocabulary into which the characters sometimes lapse, especially when frightened.

At least one use of profanity and a milder oath, frequent crude and occasional crass language, unsettling images of dead animals. The Catholic News Service classification is A-III — adults. The Motion Picture Association of America rating is PG-13 — parents strongly cautioned. Some material may be inappropriate for children under 13.