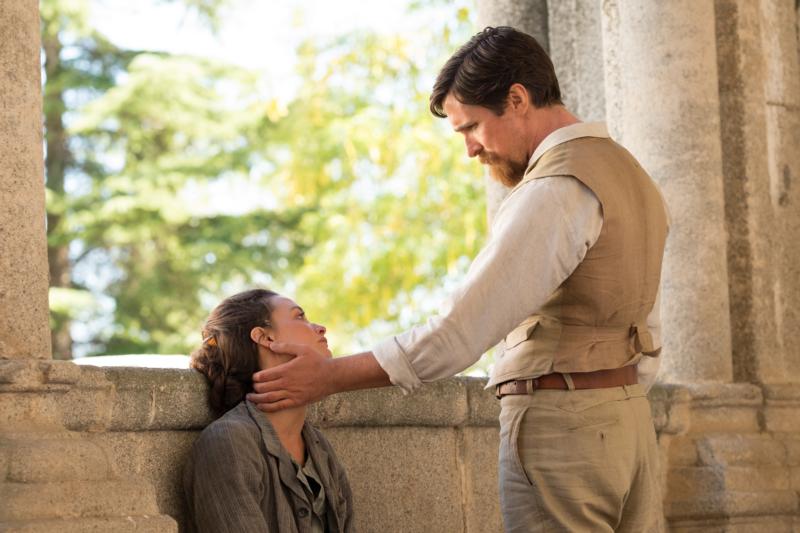 Charlotte Le Bon and Christian Bale star in a scene from the movie "The Promise." The Catholic News Service classification is A-III -- adults. (CNS/Open Road Films)

The relatively little-known 1915-22 genocide of the Armenian people by the Ottoman Turks is brought into sharp focus in this epic drama. Director and co-writer (with Robin Swicord) Terry George melds an important history lesson with a tender love story.

In 1914 Constantinople (modern-day Istanbul), an idealistic medical student (Oscar Isaac) falls for an artist and fellow Armenian (Charlotte Le Bon) who is seeing a firebrand American journalist (Christian Bale). As Turkey enters World War I and embarks on a campaign of ethnic cleansing, the pair faces arrest, prison and, potentially, death. So, too, does the reporter after he attempts to inform the world of the killings. Remarkable courage, perseverance and their unwavering Christian faith sustain the survivors against all odds. Given its potential to raise awareness of a historical tragedy, the film is probably acceptable for mature adolescents.

Scenes of wartime atrocities and violence, a nongraphic, nonmarital sexual encounter, brief crude language. The Catholic News Service classification is A-III — adults. The Motion Picture Association of America rating is PG-13 — parents strongly cautioned. Some material may be inappropriate for children under 13.