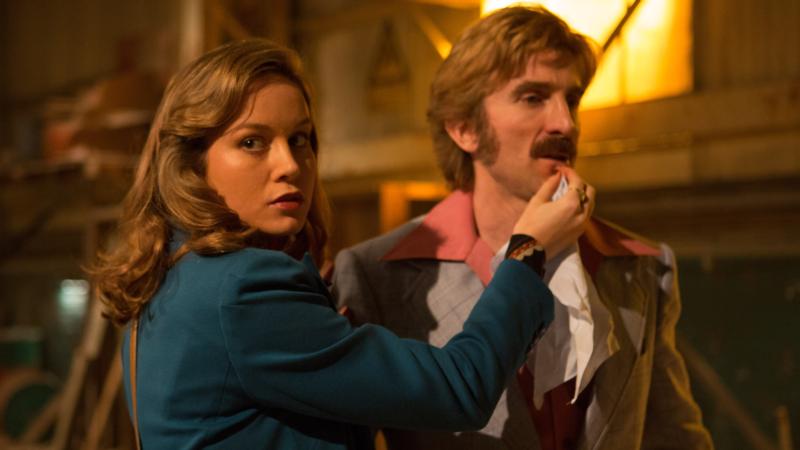 Brie Larson and Sharlto Copley star in a scene from the movie "Free Fire." The Catholic News Service classification is L -- limited adult audience, films whose problematic content many adults would find troubling. (CNS/courtesy of A24)

The premise of this action comedy is that a single extended gunfight can sustain an entire film, provided the participants in the showdown keep making incongruously funny and mordant remarks. The setup involves a deal to buy assault rifles that quickly goes bad. So the two sides — represented, most prominently, by would-be gun buyer Brie Larson and arms dealer Sharlto Copley — spend the rest of the run time pulling their triggers and reloading while attempting to retrieve a briefcase loaded with cash.