“Ghost in the Shell” (Paramount) 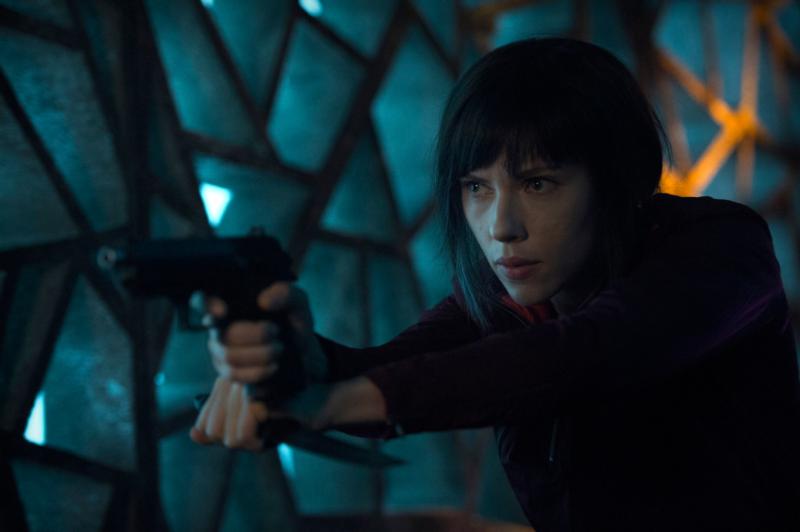 Scarlett Johansson stars in a scene from the movie "Ghost in the Shell." The Catholic News Service classification is A-III -- adults. (CNS/Paramount Pictures)

Murky, boring sci-fi action film about a hybrid warrior (Scarlett Johansson) whose human brain has been implanted into the body of a robot and her duel with an elusive killer (Michael Pitt) who wants to bring down the company that produced her. She draws emotional support from the doctor (Juliette Binoche) who supervised her creation and gets backup in her battles from a gruff comrade (Pilou Asbaek).

There’s little on offer in director Rupert Sanders’ adaptation of a series of comics by Masamune Shirow beyond glitzy futuristic cityscapes. Along with the seemingly endless mayhem with which the movie is packed, the heroine’s fondness for fighting in the nude puts this off limits for kids, though the fact that her synthetic skin is something between a patchwork of eggshells and a smoothed over version of Johansson’s physique damps down the exploitation factor. The dialogue occasionally explores the nature of humanity in the face of encroaching technology but the script’s outlook is muddled by materialism.

Pervasive stylized violence with little gore, torture, a suicide, occasional rear and upper as well as a glimpse of full female nudity in a nonsexual context, at least one use each of crude and crass language, an obscene gesture. The Catholic News Service classification is A-III — adults. The Motion Picture Association of America rating is PG-13 — parents strongly cautioned. Some material may be inappropriate for children under 13.