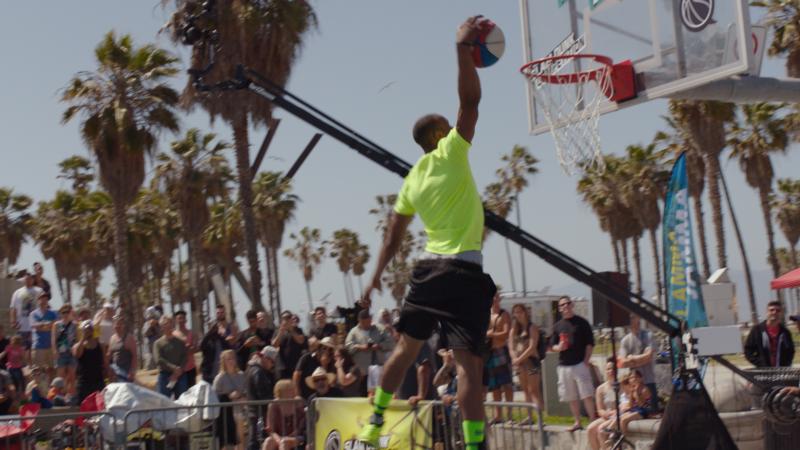 This is a scene from the movie"Slamma Jamma." The Catholic News Service classification is A-II -- adults and adolescents. (CNS/RiverRain Productions)

This well-intentioned sports drama — based very loosely on the life of slam-dunk champion Kenny Dobbs — occasionally comes to tepid life on basketball courts. But a weak script, together with production values indicative of a low budget, keep it hobbled as a story of redemption and Christian faith.

Chris Staples (a former Harlem Globetrotter in real life) plays a onetime college star who has to rebuild his life after serving a six-year prison term for armed robbery, during which he embraces evangelical Christianity. Writer-director Tim Chey comes up with little other than cliched dialogue.

A single scene of gun violence, some trash-talking. The Catholic News Service classification is A-II — adults and adolescents. The Motion Picture Association of America rating is PG — parental guidance suggested. Some material may not be suitable for children.