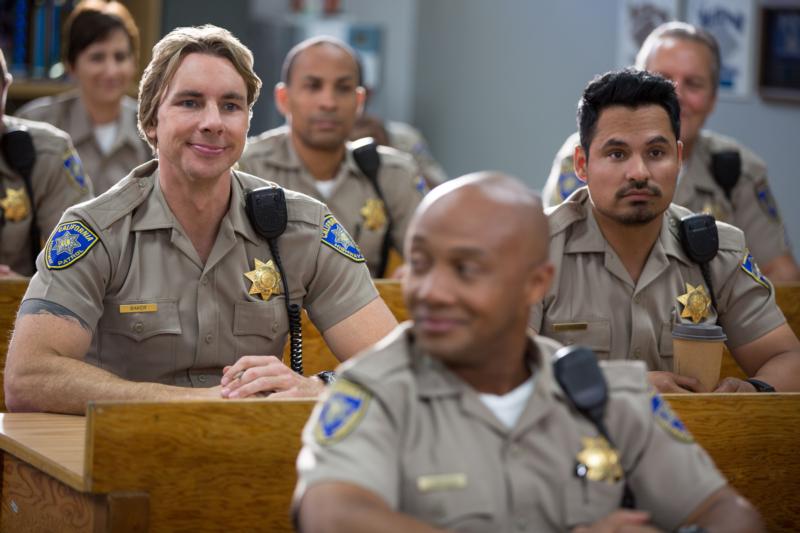 Mind-numbing comedy in which Dax Shepard, who also wrote and directed, plays a rookie California Highway Patrol officer whose first partner (Michael Pena), supposedly a veteran of the force from another part of the state, is in fact an undercover FBI agent investigating a corruption case. As Shepard makes a nudge of himself and Pena gripes about it (until of course, the two inevitably bond) the humor quickly skids off the road and into the gutter.

There’s also a vaguely pro-divorce message to this twist on the 1977-1983 television drama series since Shepard’s character, a washed-up extreme-sports motorcyclist, initially becomes a police recruit in an effort to win back his estranged wife (Kristen Bell) only to discover, in the end, that she’s so selfish and greedy, he’s better off without her.