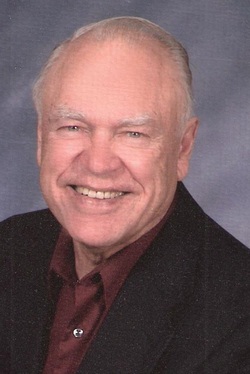 CHAMPAIGN – A funeral Mass was celebrated on March 22 at Holy Cross Church here for Deacon Henry “Hank” Riley Hart, 86, a permanent deacon of the Diocese of Peoria for nearly 25 years who served Holy Cross Parish.

Father David Sajdak, SDB, pastor of Holy Cross Parish, was principal celebrant and homilist at the funeral Mass. Burial was at St. Joseph’s Cemetery in Ivesdale.

A U.S. Army veteran, he worked at F.R. Inskip where he began his apprenticeship, then was foreman and eventually purchased the business that became Hart and Schroeder Mechanical Contractors. His memberships included Sheet Metal Workers Union Local 218; Sheet Metal Contractor Association and Plumbing, Heating and Cooling Contractors; and the Emergency Services Support Team. He taught apprenticeship school for many years and also volunteered his vocational skills to Holy Cross Parish.

In 1992, he completed nearly four years of study and pastoral training with the Diocese of Peoria’s fifth class of permanent deacons, and was ordained with 29 classmates on May 9, 1992, at St. Mary’s Cathedral in Peoria.

Along with liturgical and sacramental duties at Holy Cross Parish, Deacon Hart served as a notary auditor assisting with marriage cases for the diocesan Tribunal Office. He was active in Cursillo for many years and also volunteered at the local Catholic Worker House.

In addition to his wife, Betty, Deacon Hart was preceded in death by a son, Scott; a brother, James; and sisters Carolyn Reed and Joan Hyatt.

Memorials may be made to Holy Cross Church, Holy Cross School or Eastern Area Cursillo.