“Beauty and the Beast” (Disney) 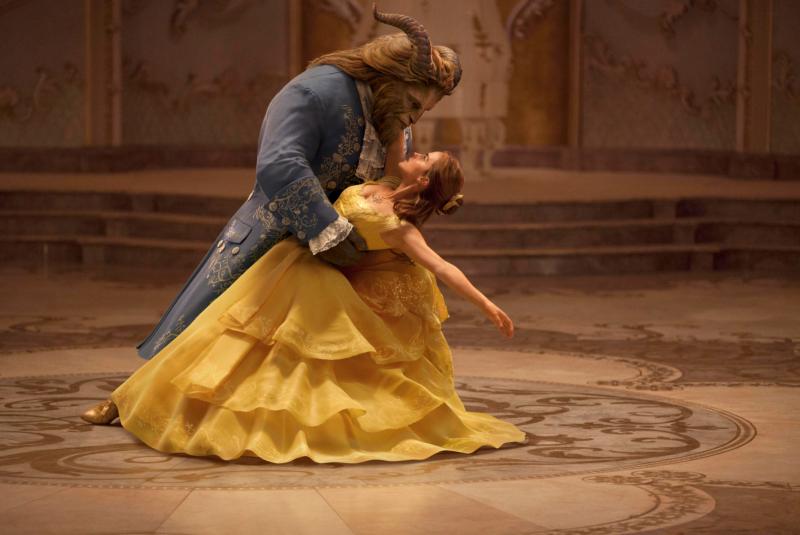 Emma Watson stars in a scene from the movie "Beauty and the Beast." The Catholic News Service classification is L -- limited adult audience, films whose problematic content many adults would find troubling. (CNS/Disney)

Disney’s live-action adaptation of its beloved 1991 animated film is an imaginative if problematic work, an old-fashioned Hollywood musical with an arresting visual style. The eponymous lovely (Emma Watson) exchanges places with her kidnapped father (Kevin Kline) in a haunted castle inhabited by a furry monster (Dan Stevens), who is in fact a prince transformed by a wicked spell. The same curse turned his staff into household objects, including a candelabra (Ewan McGregor), mantel clock (Ian McKellen), and teapot (Emma Thompson). Only if the odd couple finds true love can the hex be broken, but a vengeful hunter (Luke Evans) stands in the way.

The decision of the studio, director Bill Condon and screenwriters Stephen Chbosky and Evan Spiliotopoulos to reimagine the hunter’s sidekick (Josh Gad) as Disney’s so-called “first gay character” is a regrettable one and firmly at odds with Christian values. Given the clear intent to make a statement with this character in a film directed at children, the restrictive classification is a caution for viewers of faith, especially parents.

A few scenes of peril and action violence, a benign view of homosexual activity, some sexual innuendo. The Catholic News Service classification is L — limited adult audience, films whose problematic content many adults would find troubling. The Motion Picture Association of America rating is PG — parental guidance suggested. Some material may not be suitable for children.