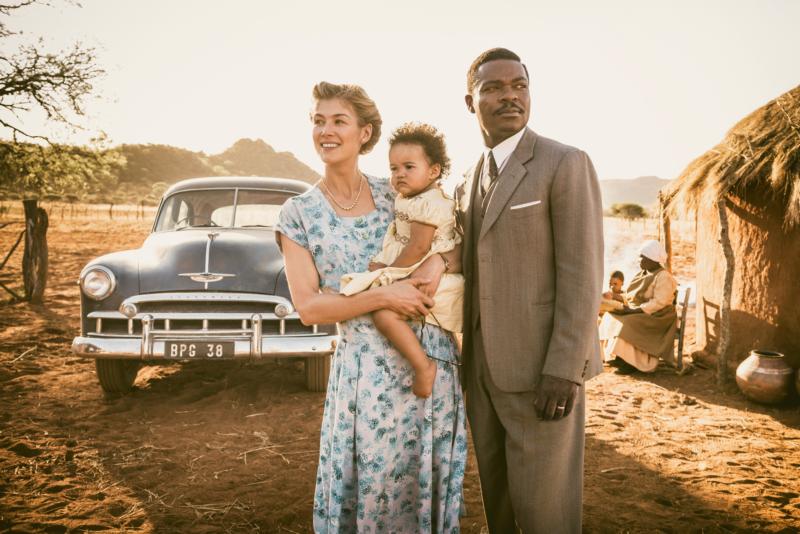 Rosamund Pike, Madison Manowe and David Oyelowo star in a scene from the movie "A United Kingdom." The Catholic News Service classification is A-III -- adults. (CNS/Fox)

Everyone’s an archetype in this historical drama about an African prince (David Oyelowo) from the British protectorate of Bechuanaland (the future Botswana) who faced down mid-20th-century racial prejudice to marry a white office worker (Rosamund Pike) he met in post-World War II London. Although dealing in generalities can be an efficient way to boil down episodes of the past that are likely unfamiliar to modern audiences, it also hinders the storytelling. Thus, little about this complicated saga in which the core romance is opposed by the British and South African governments as well as by the royal husband’s uncle (Vusi Kunene), who has long been the protectorate’s acting regent, comes across clearly.

Yet, despite its narrative shortcomings, director Amma Asante and screenwriter Guy Hibbert’s film does boast a strong moral component. So there is inspiration to be found here. But it requires quite a bit of patience from viewers to locate it.