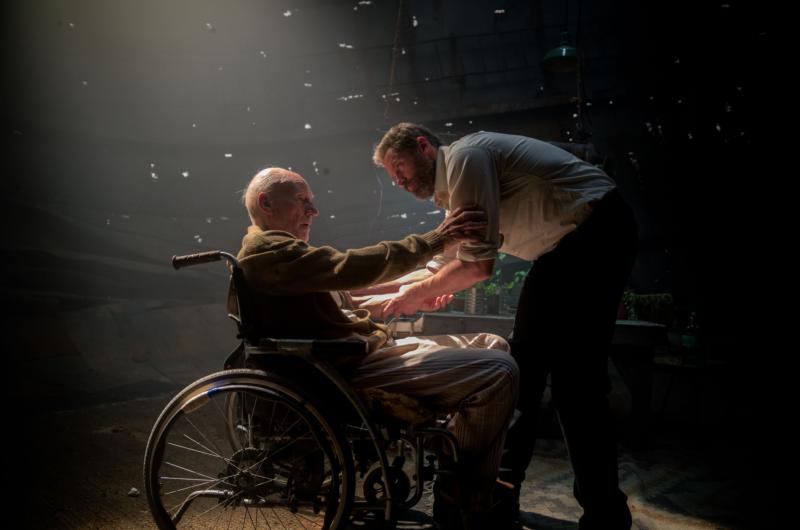 Patrick Stewart and Hugh Jackman star in a scene from the movie "Logan." The Catholic News Service classification is O -- morally offensive. (CNS/Fox)

Dreary killing fest in which the grumpy mutant of the title (Hugh Jackman) — a Marvel Comics character better known as Wolverine — uses his machete-like claws to perforate all who threaten him. His main adversary is the agent (Boyd Holbrook) of a company that has set itself the goal of eliminating all mutants not under their control. That includes Logan’s current housemates, Professor Charles Xavier (Patrick Stewart) and the albino Caliban (Stephen Merchant), as well as a young girl (Dafne Keen) with blades like his own who, as the plot progresses, comes under Logan’s reluctant protection.

Set in the near future, director James Mangold’s action adventure, the 10th installment of the X-Men series, poses as a redemption story for its bad-tempered protagonist. But the very first word of the dialogue is a four-letter one beginning with “F” and the last image of the film is sacrilegious. In between, there’s a spree of beheadings, impalements and limb lopping as Logan vents his anger — and his enemies.