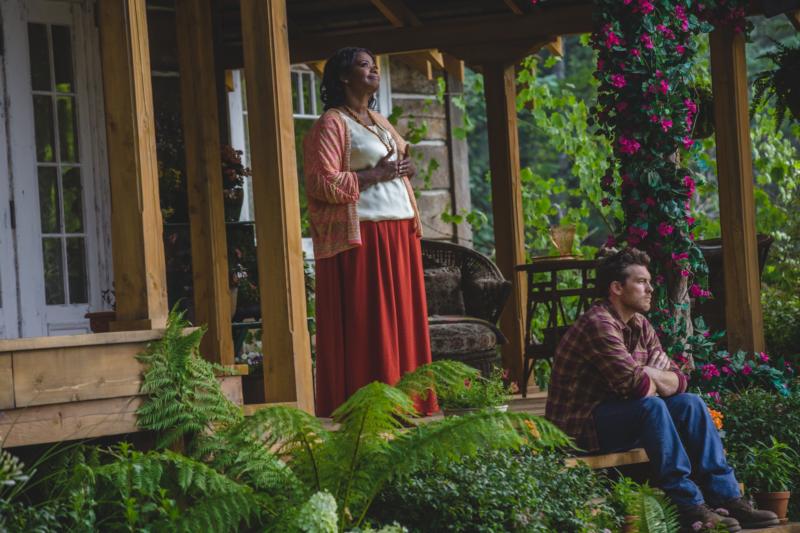 Octavia Spencer and Sam Worthington star in a scene from the movie "The Shack." The Catholic News Service classification is A-III -- adults. (CNS/Lionsgate)

After his young daughter (Amelie Eve) is abducted and murdered, a previously devout man (Sam Worthington) has a crisis of faith until a supernatural encounter with the Trinity (Octavia Spencer, Avraham Aviv Alush and Sumire) alters his perspective.

Beautiful settings and a sense of humor help to keep director Stuart Hazeldine’s screen version of William Paul Young’s best-selling novel from bogging down in sentimentality. Patches of dialogue discounting the value of religion, however — here implicitly set in opposition to faith broadly speaking — and hinting that God is indifferent to how we worship him mean that impressionable viewers should keep their distance. So, too, does the morally problematic treatment of a dark and long-kept secret. Overall, though, this is a serious effort to tackle the problem of evil from a Christian perspective that grown viewers of faith can, with a few reservations, welcome.