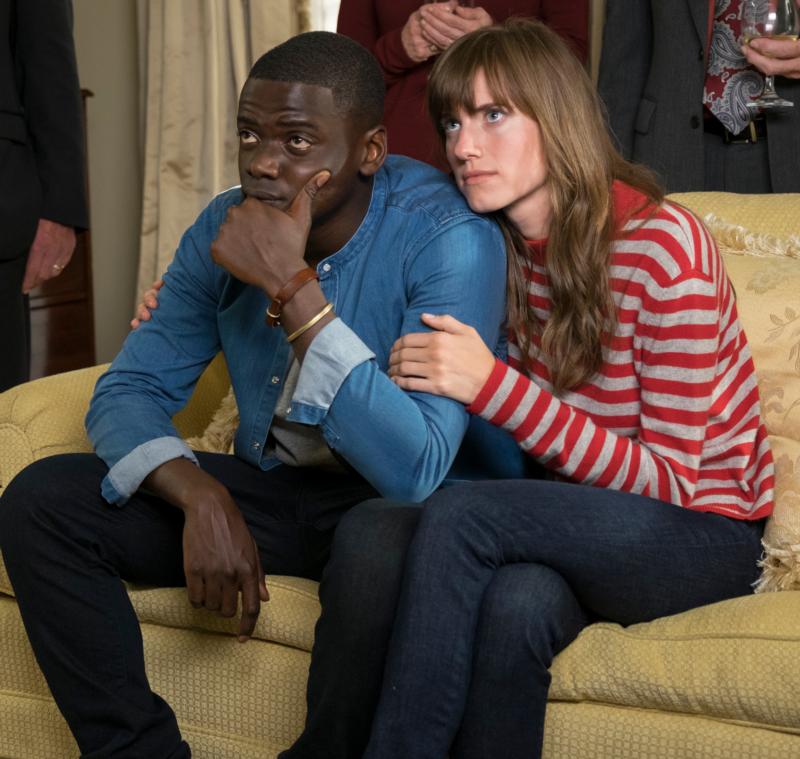 Daniel Kaluuya and Allison Williams star in a scene from the movie "Get Out." The Catholic News Service classification is L -- limited adult audience, films whose problematic content many adults would find troubling. (CNS/Universal)

During a weekend visit to the country estate of his white live-in girlfriend’s (Allison Williams) parents (Catherine Keener and Bradley Whitford), whom he has never met before, a black photographer (Daniel Kaluuya) becomes increasingly unsettled by the peculiar behavior of those on both sides of the racial divide, including his gal’s aggressive brother (Caleb Landry Jones) and the family’s strangely subdued, zombie-like maid (Betty Gabriel) and gardener (Marcus Henderson). As things turn ever more sinister, Peele adeptly uses horror tropes to comment on slavery, racism and liberal pieties. But late scenes featuring some gory encounters, together with swearing throughout, make his film a rugged ride even for grown-ups.

Some harsh and bloody violence, cohabitation, at least one use of profanity, pervasive rough and crude language. The Catholic News Service classification is L — limited adult audience, films whose problematic content many adults would find troubling. The Motion Picture Association of America rating is R — restricted. Under 17 requires accompanying parent or adult guardian.