Hidden Figures, Hacksaw Ridge, and Arrival are among the 10 best movies of the year as selected by the Media Review Office of Catholic News Service.

NEW YORK (CNS) — The quality of the best Hollywood films was higher in 2016 than in some recent years. But the outstanding movies of the 12 months just past tended to deal with challenging subject matter. Assassination, the exactions of combat, even religious repression enforced through torture were all dealt with in a skillful way — but also in a manner not likely to appeal to the casual moviegoer.

Following are the Media Review Office of Catholic News Service’s top 10 movies overall and top 10 family films of 2016. The selections in each category are listed in alphabetical order.

Unless otherwise noted, the Catholic News Service classification for films on the first list is A-III — adults, and the Motion Picture Association of America rating is PG-13 — parents strongly cautioned. Some material may be inappropriate for children under 13. For movies on the family list, except as indicated, the CNS classification is A-II — adults and adolescents, and the MPAA rating is PG — parental guidance suggested. Some material may not be suitable for children.

Do you agree? What movie or movies do you think is missing from this list? What was your favorite film of the past year? Join the Oscars conversation on The Catholic Post’s Facebook site.

— Amy Adams delivers an excellent performance as an American linguist trying to communicate with aliens in the gripping and unusually intimate science-fiction drama “Arrival.” Director Denis Villeneuve’s adaptation of a short story by Ted Chiang finds profundity on a human scale as well as in the cosmos. 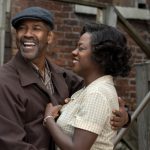 Denzel Washington and Viola Davis in a scene from “Fences.” (CNS photo/Paramount) 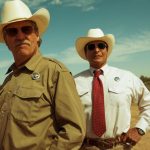 Jeff Bridges and Gil Birmingham in a scene “Hell or High Water.” (CNS/licity)

–- “Hell or High Water” is the morally intricate tale of two brothers (Ben Foster and Chris Pine) who go on a bank-robbing spree to save their family farm. Their cat-and-mouse game with a duo of Texas Rangers (Jeff Bridges and Gil Birmingham) has tragic consequences in director David Mackenzie’s hardscrabble story of exploitation and desperation (L; R). 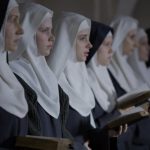 A scene from the movie “The Innocents.” (CNS/Music Box Films)

— Luminescent and respectful of religion, director Anne Fontaine’s drama “The Innocents,” about a fictional Benedictine convent in post-World War II Poland, gently explores the conflicts between duty to the living and the shattered faith that can result from acts of depravity. Lou de Laage stars as a French Red Cross doctor. 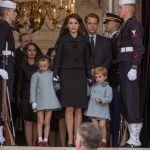 Natalie Portman in a scene from the movie “Jackie.” (CNS photo/Fox) 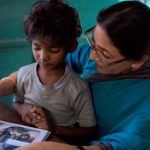 Sunny Pawar and Deepti Naval in a scene from “Lion.” (CNS/The Weinstein Company)

— The incredible true story of Saroo Brierley (Dev Patel) and his 20-year odyssey to locate his birth mother (Priyanka Bose), is retold in the uplifting and emotional drama “Lion,” directed by Garth Davis. A celebration of family, the movie also sends a strong pro-life message by underscoring the joys and merits of adoption. 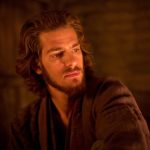 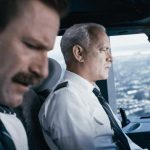 Arron Eckhart and Tom Hanks in a scene from “Sully.” (CNS/Warner Bros.)

-– In “Sully,” director Clint Eastwood crafts a satisfying profile of US Airways pilot Capt. Chesley Sullenberger (Tom Hanks), whose 2009 feat in landing his crippled plane on the Hudson River gained him instant fame. What emerges is the portrait of a morally deep-rooted and honorable man with a heartfelt concern for those in his charge.

Mulderig is on the staff of Catholic News Service.