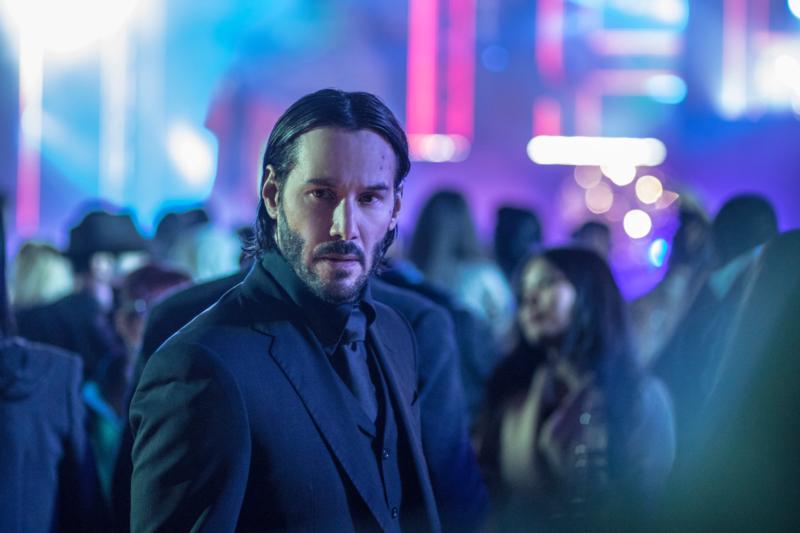 Stylized, nearly cartoonish nihilism and the high body count that results from it create most of the apparent appeal of this second drama about the professional assassin of the title, played by Keanu Reeves. The rest, as directed by Chad Stahelski from Derek Kolstad’s script, consists of small moments — quite small, since there’s nearly no dialogue — of mordant and questionable humor.

The core story has Wick violently pulled out of retirement and unwillingly drawn into a plot to seize a seat at the High Table, a criminal enterprise. An Italian playboy (Riccardo Scamarcio) wants the seat held by his fur-adorned sister (Claudia Gerini). To get it, he orders Wick to treat Sis with extreme prejudice.