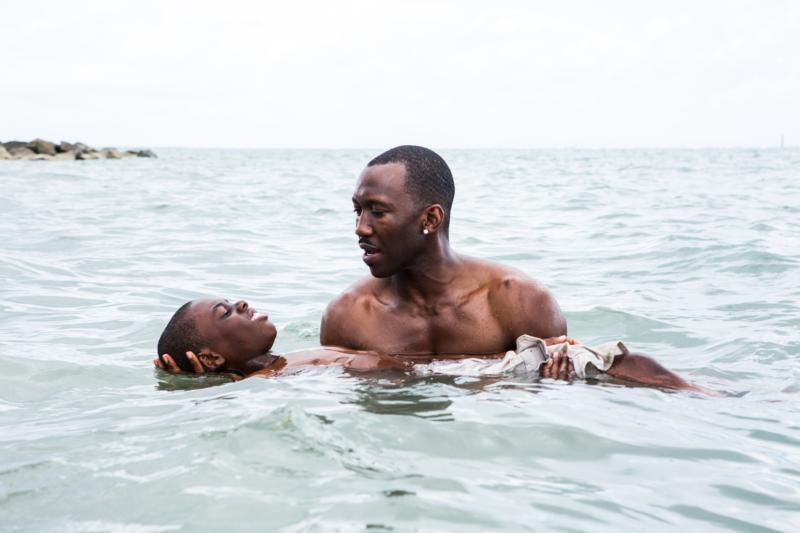 Considered as an exploration of the African-American experience in contemporary society, writer-director Barry Jenkins’ powerfully understated chronicle of three stages in the life of an inner-city Miami youth makes a compelling statement. Aspects of the main character’s personal story, however, raise complications for viewers of faith.

As a bullied and withdrawn 10-year-old (Alex Hibbert), burdened with a crack-addicted mother (Naomie Harris), the lad comes under the surprisingly positive influence of a local drug dealer (Mahershala Ali). As a teen (Ashton Sanders), he falls for a schoolmate (Jharrel Jerome) who is one of his only friends. Once grown (Trevante Rhodes), he lives an isolated and shady life until an unexpected reunion opens up emotional possibilities for him. While the relationship at the heart of the film is dealt with in a restrained and thoughtful way, with spiritual affinity far outweighing eroticism, the physical expression of the bond is presented as acceptable. And the temptation to let sympathy blur moral borders is all the more potent because the terribly downtrodden protagonist has the audience rooting for him all the way.