“The Space Between Us” (STX) 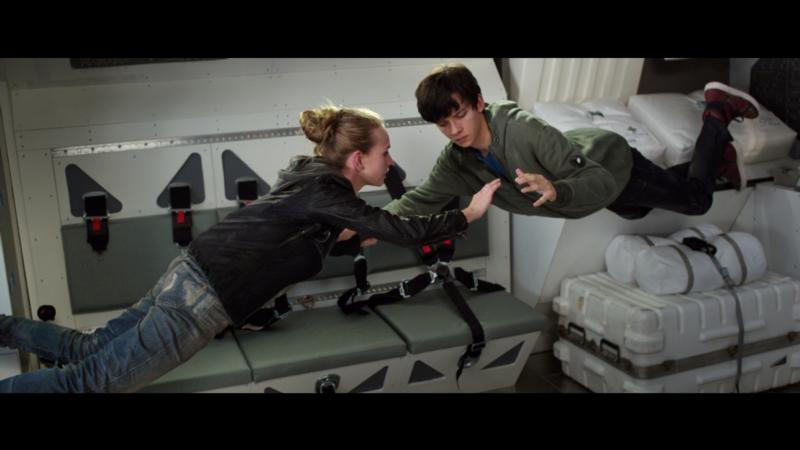 Britt Robertson and Asa Butterfield star in a scene from the movie "The Space Between Us." The Catholic News Service classification is A-III -- adults. (CNS/STX Entertainment)

Moral blemishes mar this science fiction-tinged romance, making it unsuitable for youngsters and teens. Dramatically, director Peter Chelsom and screenwriter Allan Loeb waste a promising premise as they imagine the life story of the first human (Asa Butterfield) born on Mars. The product of an unplanned pregnancy, the lad’s existence is kept a secret from the world after his astronaut mother (Janet Montgomery) dies in childbirth.

The founder (Gary Oldman) of the company entrusted with colonizing the red planet fears a financially ruinous scandal. But an online relationship with a rebellious high school student (Britt Robertson) along with the desire to locate his father motivate the lonely 16-year-old to journey to Earth, despite the fact that the trip poses serious medical risks since his body is unused to the home orb’s atmosphere. The young people hit the road together in search of Dad, but their initially innocent bond eventually finds them hitting the sack as well. And their picturesque odyssey through the Southwest is punctuated by shoplifting and serial car theft.

A benign view of theft, nongraphic but romanticized underage premarital sexual activity, at least one mild oath, a single crude and several crass terms. The Catholic News Service classification is A-III — adults. The Motion Picture Association of America rating is PG-13 — parents strongly cautioned. Some material may be inappropriate for children under 13.