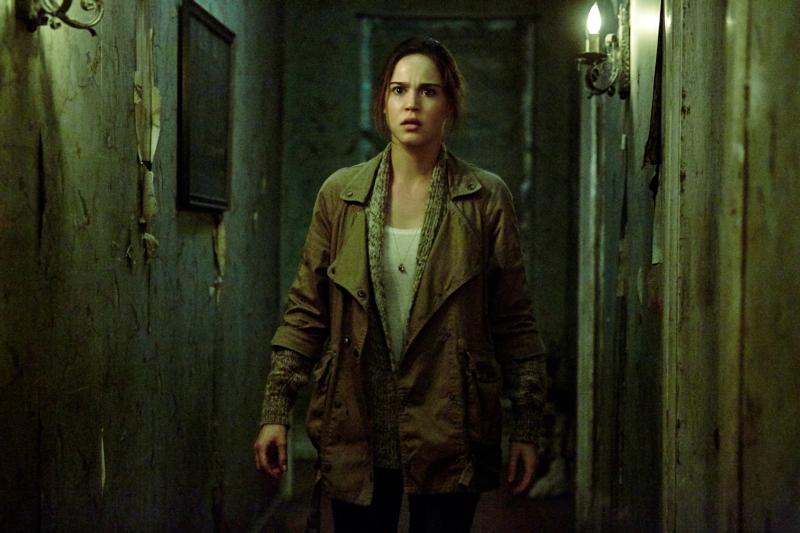 Matilda Lutz stars in a scene from the movie "Rings." The Catholic News Service classification is A-III -- adults. (CNS/Paramount Pictures)

Third film in an American horror franchise based on a 1998 Japanese feature. The series concerns a spooky black-and-white video, viewers of which are doomed to die seven days after watching it — unless they pass the curse on by exposing someone else to the images.

Director F. Javier Gutierrez and screenwriters David Loucka, Jacob Estes and Akiva Goldsman turn up the psychological-thriller elements, having two of the latest victims of the footage (Matilda Lutz and Alex Roe) pursue the origin story of its vengeful presiding spirit (Bonnie Morgan), a girl who perished after being thrown down a well. With gory sights kept mostly in check, many parents may consider the film acceptable for mature adolescents.

Occult themes, some violence but with little blood, brief drug use, references to nonmarital sexual activity. The Catholic News Service classification is A-III — adults. The Motion Picture Association of America rating is PG-13 — parents strongly cautioned. Some material may be inappropriate for children under 13.