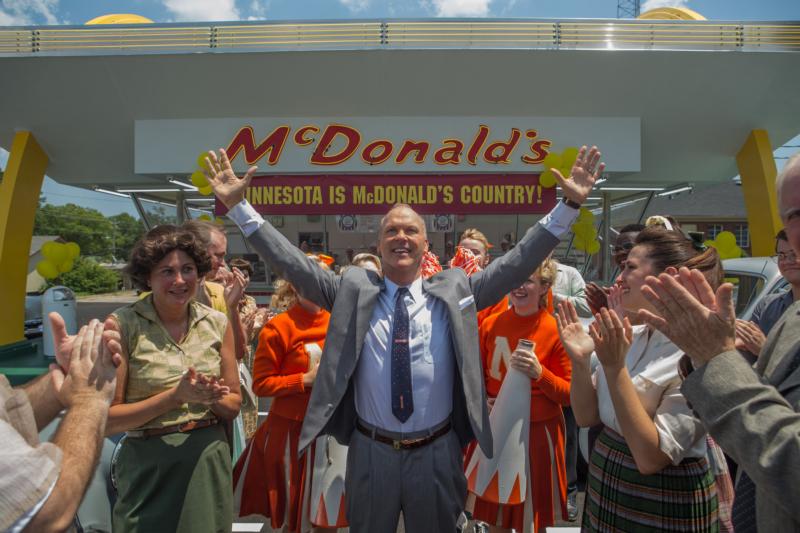 Michael Keaton stars in a scene from the movie "The Founder." The Catholic News Service classification is A-III -- adults. (CNS/Weinstein)

In chronicling the early history of McDonald’s, director John Lee Hancock’s drama makes compelling food for thought, if not exactly a happy meal. Michael Keaton plays Ray Kroc, a down-on-his-luck milkshake machine salesman in 1950s Illinois whose life is transformed when he travels to Southern California to meet two of his clients, brothers Richard (Nick Offerman) and Maurice (John Carroll Lynch) McDonald. Their hamburger restaurant, he discovers, is a model of efficiency, where orders are fulfilled in just 30 seconds.

Kroc partners with the siblings to franchise their operation coast to coast, but eventually schemes to take over the business. What follows is a cautionary tale about capitalism, greed and the dark side of the American dream.

Probably acceptable for older teens. Mature themes, including divorce, brief profane and crude language. The Catholic News Service classification is A-III — adults. The Motion Picture Association of America rating is PG-13 — parents strongly cautioned. Some material may be inappropriate for children under 13.