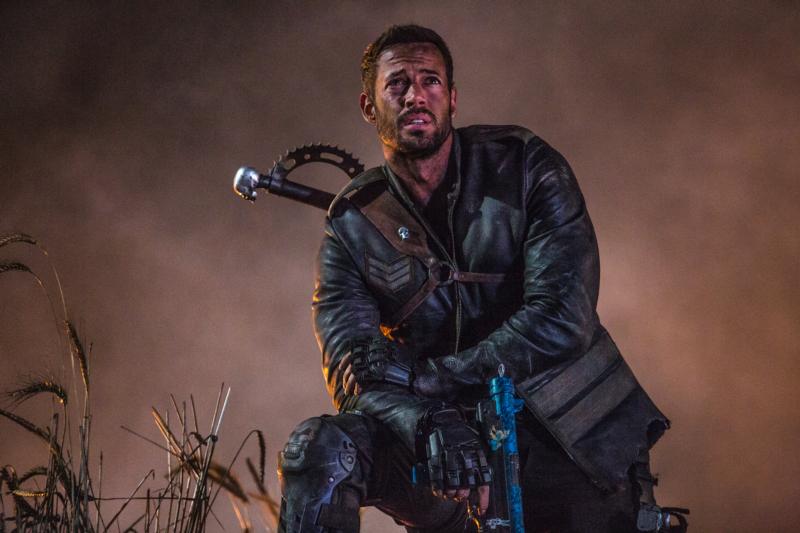 William Levy stars in a scene from the movie "Resident Evil: The Final Chapter." The Catholic News Service classification is A-III -- adults. (CNS/Sony)

This sixth and presumably last installment in a series of video game-based films that began in 2002 follows the lead of its predecessors by keeping its connection to the console on open display. So it’s ideal for those who like their zombies and shootouts served up with a minimum of story line or dialogue.

For anyone beyond the fan base, though, frustration — and a possible headache — awaits as Milla Jovovich squeezes into her famous black tights to battle a variety of villains (including Iain Glen). Occasionally aided by a sidekick (Ali Larter), she has 48 hours to find the airborne antidote to the pandemic malady that has turned the planet into a dystopian moonscape.

Writer-director Paul W.S. Anderson provides not so much a plot as a goal, as if this were a game level. Yet the heroine is a moral force of a sort, one who stays grimly focused on the collection of evil forces she’s up against. Gun, knife and martial-arts violence with some gore, fleeting foul language. The Catholic News classification is A-III — adults. The Motion Picture Association of America rating is R — restricted. Under 17 requires accompanying parent or adult guardian.