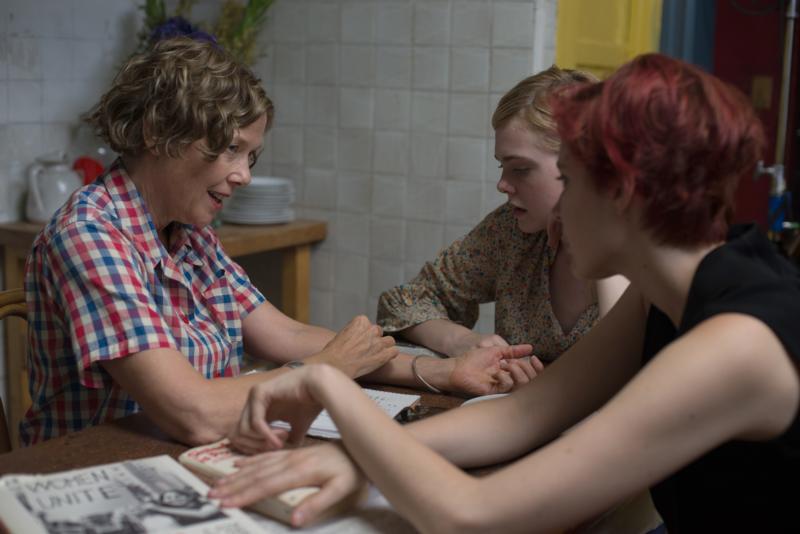 Writer-director Mike Mills’ rambling, unfiltered drama — loosely based on his adolescence in late 1970s Santa Barbara, California — is a pleasant, nostalgic journey to yesteryear. But it’s also nearly plotless, which makes for an often-frustrating viewing experience.

A free-spirited mother (Annette Bening), whose idea of romance was formed in the 1940s, asks two other women (Greta Gerwig, Elle Fanning) to help her 15-year-old son (Lucas Jade Zumann) become a sensitive, caring man. Everyone on screen is determined to make moral decisions in the face of whatever obstacles they encounter. But their ethical cluelessness — they rely heavily on the self-help literature of the time — leaves them with few resources.