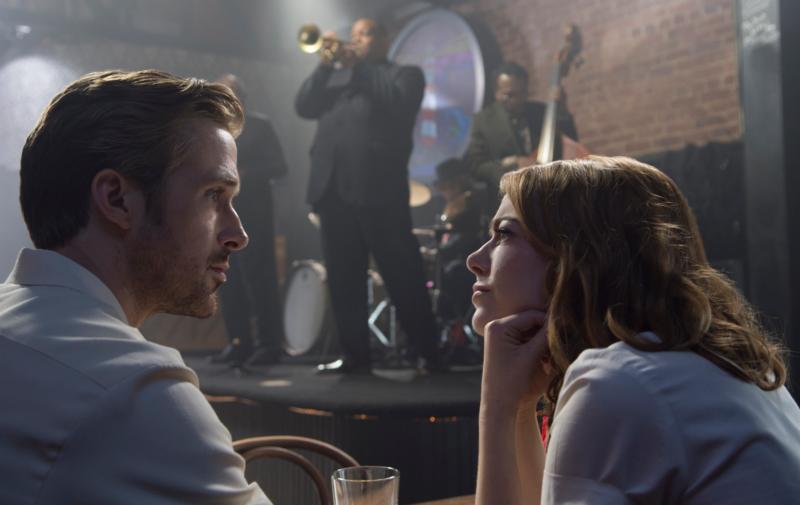 Inspired by the musicals of Hollywood’s golden age, this comedy-drama set in present-day Los Angeles chronicles the gooey romance of two star-crossed lovers: an aspiring actress (Emma Stone) and a jazz pianist (Ryan Gosling). She wants to be a movie star, while he hopes to open his own club. The path to success is rocky, and their relationship is put to the test.

Writer-director Damien Chazelle dreams big in this over-the-top fantasy where drivers exit their cars on a freeway overpass and burst into song, and lovers dance on air amid the projected stars in a planetarium. Beautifully shot in widescreen CinemaScope, it’s a unique film, though also a self-indulgent one, and tends to lose its way when the song and dance take over. Fortunately, that’s largely made up for by Chazelle’s engaging script, a cast of first-rate actors, and superb music.

An implied premarital relationship, a few rough terms, some crude language. The Catholic News Service classification is A-III — adults. The Motion Picture Association of America rating is PG-13 — parents strongly cautioned. Some material may be inappropriate for children under 13.