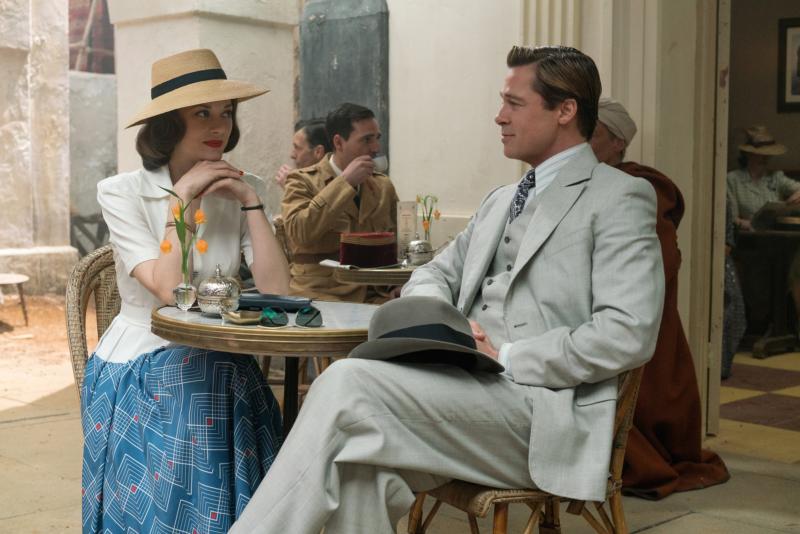 In this World War II romantic drama from director Robert Zemeckis and screenwriter Steven Knight, a Canadian wing commander (Brad Pitt) and a French resistance fighter (Marion Cotillard) with a murky past pretend to be husband and wife as part of an espionage operation before falling in love for real and making a hasty marriage. Their union flourishes until the officer is suddenly informed by British intelligence that his spouse may not be the person she appears to be. In fact, she may be passing secrets to the enemy.

At that point, the story gains traction as stiff-upper-lip style military duty competes with lush romantic pathos. Apparently in an effort to demonstrate that they are lustily in love, Zemeckis takes repeated peeks into his protagonists’ bedroom, thereby considerably restricting the appropriate audience for his film.