“The Edge of Seventeen” (STX) 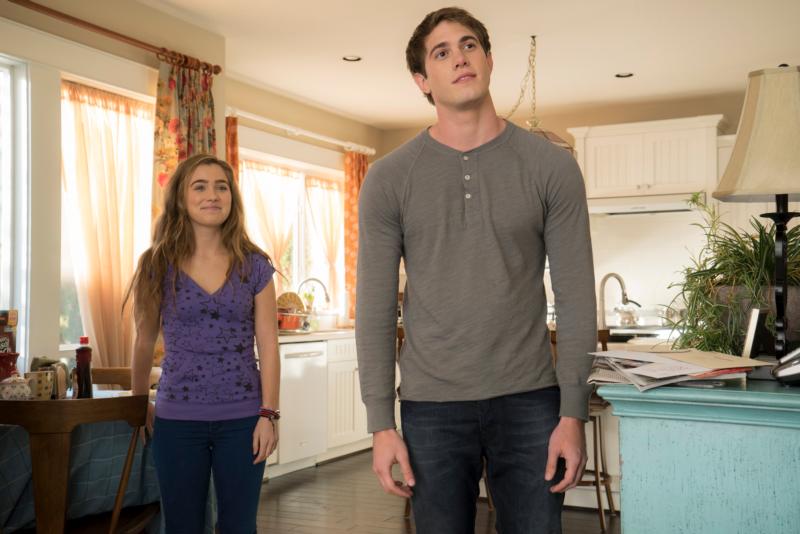 Haley Lu Richardson and Blake Jenner star in a scene from the movie "The Edge of Seventeen." The Catholic News Service classification is O -- morally offensive. (CNS/STX Productions)

There’s a strong whiff of exploitation about this comedic portrait of an exceptionally foul-mouthed 17-year-old high school student (Hailee Steinfeld) who’s obsessed with sex and eventually finds herself a situation that may make viewers wonder who the target audience for this movie really is.

Still grieving the untimely death of her idolized father (Eric Keenleyside) four years ago, the protagonist faces a further shock when she finds her brother (Blake Jenner) in bed with her best friend (Haley Lu Richardson), a discovery that snaps her bonds with both. She explores the beginning of a dating relationship with a shy and equally awkward peer (Hayden Szeto) while at the same time pining for a scruffy bad boy (Alexander Calvert) who has only one thing on his mind.